Cebu is the capital of the Cebu Island Province. It is one of the oldest settlements and was the capital of the Spanish conquerors from 1565 to 1571. It is home to the famous Magellan’s Cross planted by the Portuguese navigator before he was killed in the nearby Mactan Island. It also houses the most venerated religious image of the Child Jesus in the only Catholic Basilica in East Asia – the Sto. Nino Basilica.

As the second largest city and gateway in the country, Cebu is the economic and educational hub in central and southern Philippines. It has an excellent harbor and is home to 80% of inter-island shipping capacity in the country. It is also the leading tourist destination and the center of religious devotion and pilgrimage. Cebu offers many opportunities and tremendous challenges for church planting and the spread of the Gospel. 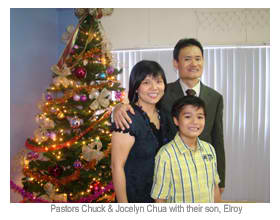 In 1988, Pastor Andrew Kwong led a team to pioneer the church in the city. Two lady missionaries from Singapore took over the work in 1992 when Pastor Andrew and wife, Pastor Rowena, were asked to head the Missions School in Iloilo. The following year Pastor Chuck Chua and wife, Pastor Jocelyn arrived in Cebu and officially assumed leadership of the house church on October 3, 1993.

The new husband and wife pastoral team was confronted with the immediate challenge of convincing the small congregation that they were staying for good. Another problem was the inaccessibility of the church and the deplorable condition of the building. In early January 1994, the Lord opened the door to move the church into a 2-storey commercial space in uptown area.

The ministry was then shifted towards reaching the college and university students. Around half of the original twenty over members remained after six months but the Lord blessed the ministry and added new ones to the church. Towards the end of 1996 an entire top floor of a commercial building was leased to accommodate growth. In 1997, Cebu church concentrated on organizing and hosting the first Shake the Nation Pastors and Leaders’ Conference simultaneously with the Youth Alive Band Concert. This was a challenging year and a high point for the small church under the new pastoral leadership in its fourth year. Exhausted but exhilarated over the yearlong experience, the church embarked on evangelism and growth the following year. It came close to breaking through the 100 members mark when a leadership crisis suddenly occurred in mid 1998. This severely shook the church and deeply hurt the pastors causing the church to stagnate over the next two years. But it precipitated in the rebirth of the youth ministry called Heart Rock and the emergence of a new ministry team.

A decision was made at the end of 1999 to move into hotel ministry due to the dangerous electrical condition in the building. This was to last for three and a-half years involving three hotels for Sunday services and a score of other facilities for weekday ministries. It was highly labor intensive and financially taxing in hotel ministry. But the Lord was faithful in blessing the work and the church finally broke through the 100 members mark in April 2002. There was a new lease of life and fresh air of revival in the church!

In March 2003, the Lord led us to locate and lease a commercial space along M. J. Cuenco Avenue. The church officially transferred all its ministries and services to the new site in May 2003. It is situated in the heart of three barangay (smallest electoral unit) housing around 40,000 residents in a morally depressed and impoverished part of the city. It was indeed quite a change of environment and shift in strategy from hotel ministry. But we sensed the Lord’s direction to shine the light of the Gospel and to see the community transformed for God. Years earlier, Pastor Chua was led to state the church’s mission as being a “community-conscious” church. We initiated a few community-related projects like community survey, on-site prayer walk, children feeding and Christmas concert, which helped to bring down the walls of resistance and suspicion. Over the past decade God has opened our eyes to see the works of His hand among the poor and needy in this desperate community.

M.J. Cuenco community is one of the red light and drugs infested areas in Cebu City. Gambling, alcoholism, crime, violence, illiteracy, malnutrition and poverty are among the major problems plaguing the residents. Confronted with these gigantic challenges and impossibilities, the Lord directed Evangel Cebu to reach this community with thePEACE Plan; which means Planting churches and discipleship groups, Equipping servant leaders to be disciple-makers, Assisting the poor through the Feeding Ministry, Caring for the sick through Medical Mission, and Educating the next generation through Evangel Futurekids Academy (EFA). This is a wholistic approach to minister to whole person through the Gospel of Peace.

Today, a number of Discipleship groups have been established as lighthouses in the area. As a result, many families have come to the saving knowledge of Jesus and a good number of believers are now leaders in the church.  The feeding ministry and especially the schooling ministry (EFA) have been instrumental in the transformation of many lives among the children, youths and parents of M. J. Cuenco community.

2013 marks the 25th anniversary of Evangel Family Church in Cebu City. God’s hand of favor has indeed been upon this ministry throughout the many challenging years. May the Lord of the harvest empower the leaders and members of this congregation to labor wholeheartedly so that transformation can be effected among the many needy families in the community and beyond.

Cebu Region in JECPP’s organization structure covers Central and Eastern Visayas, which include the islands of Cebu, Bohol, Siquijor, Eastern Negros, Leyte and Samar. Evangel Cebu functions as the base church and launch pad for sending and supporting church planters to different points in this region.

Slightly over a year after taking over the church, the new pastoral leadership initiated a missions program. The first missions pledge was raised in January 1995 to support a church planting venture in Bansalan, Mindanao. This was the beginning of yearly missions pledge and giving over the next 19 years. The first two daughter churches were birthed in early 1996 in Carcar and Bogo, followed by two more in 1997 in Oslob and Tagbilaran, and a city church in Ormoc in 1998. By early 1999 there were 8 churches in Cebu region and it doubled to 16 at the end of the year, helping to fulfill the vision of planting 100 churches in the Philippines before 2000.

Presently, there are a hundred and fifty-seven outstation churches spread out in Southern Cebu, Northern Cebu, Bohol, Siquijor, Leyte, Southern Leyte, Samar, Negros Oriental and part of Negros Occidental.  These churches are taken care of by 26 official church planters and 73 volunteers under the supervision of 7 section leaders.

We rejoice at the growth in the number of churches over the years but we are barely scratching the surface.  As most of the churches are still young and small in numbers, the task before us is still enormously great. The challenge before us is to so strengthen the leaders and stabilize the existing churches that there may be church multiplication movement in their respective areas.

The harvest field is both ripe and wide. We need to raise more local financial resource and release more workers to see God’s kingdom advance and gain more territories in Central & Eastern Visayas region.  We also need more creative ideas and comprehensive plans through God’s Spirit to reach today’s generation and beyond for Christ. 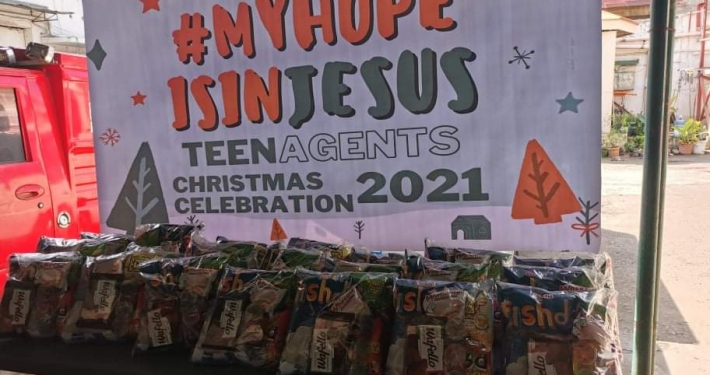