The Transformakers gathered once again at Genesis Valley in Cabangahan, Consolacion, Cebu on November 1-2, 2019 for its Amazing Race Event Season 2.  Transformakers, is a coined name for the youth group of First Touch Ministry and it’s Connect Centers in Cebu City.

The 2-days event started with a Praise and Worship. Afterwards the group was divided into teams namely: Alphamazing Warriors, J-Walkers, Legiants, and Synergy.  To jump start the spirit of sportsmanship and fun, the teams created their group’s chant for the cheering competition which ignited the excitement of the participants, everyone gave their all-out hoorah, with Legiant who was later revealed to have the best cheer. 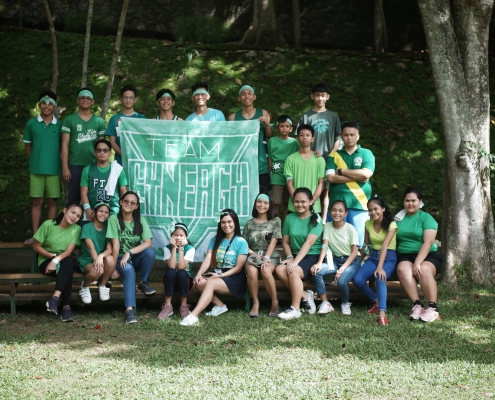 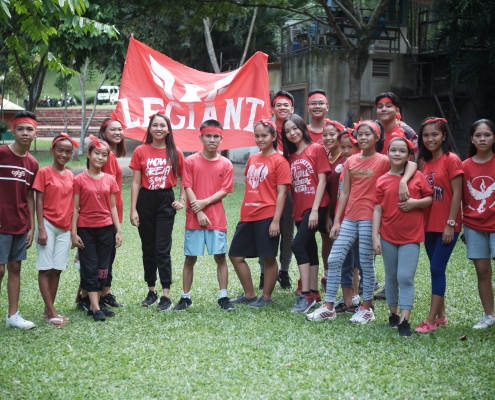 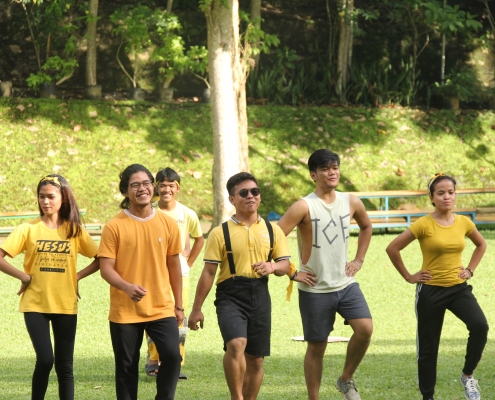 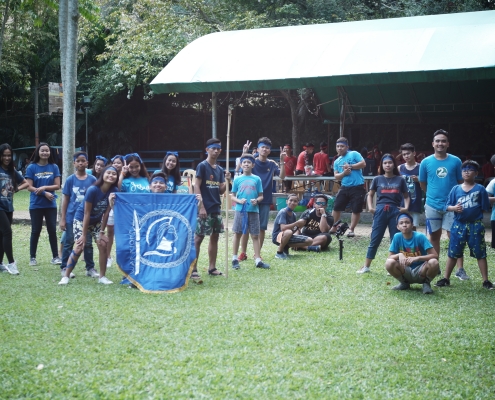 It was an exciting event for the 113 Transformakers, just like last year’s Amazing Race, the mind was put to work as each player tried to understand the clues provided by the organizers which can lead the teams to the next destination or direct them to perform a task, either together or by a single member.

Everyone enjoyed the easy stations such as Minute to Win It- a game where the team had to bring as many balls as they can into a container in a matter of one minute, to challenging stations such as Waterfall- a game where the team had to fill up a bucket with water using reused plastic soda containers with holes in it. The games were likened to our walk with God, there are times when it is easy and times when it is difficult to serve God. It is during these times when we need to re-evaluate, maybe we have holes in our lives or compromises, we wonder why no matter how our pastors or leaders pour God’s word into our lives, we are still not filled. The holes represent the unrepented sins, which will only be addressed when we come to God for forgiveness.

Another challenging game is solving riddles. If the team is unable to find an answer to solve the mystery, they will be put on hold which will delay them in the race. Accordingly, this is true to our Christian walk.  The riddles in our lives are the times when we are asking for the will of God.  When we will seek God, then we will find the answers for the Bible says that He is a rewarder to those who diligently seek Him.

Moreover, it was a day of being drenched in water, covered with mud and soaked in sweat. Notwithstanding the heat of the sun, the teams were relentless to get the highest prize.  Everyone put their best foot forward to win the race and bag the championship title. Reminding the youth of the Bible verse found in 1 Timothy 6:12 “Fighting the good fight of faith.”

The first day ended with a fellowship time, Bro. Leo Tutas of FTM shared his inspiring testimony.  Pastor Jay Bautista empowered everyone with the Word of God before sending the participants to rest.

In the morning, a secret plot was organized, there were team members who were trying to destroy each other’s towers.  The towers were made at the beginning of the whole activity, it represents each group citadel that they should take care of.  Destroyed towers will mean losing a score. The group should strategize on how to defend their fortress at all times. They should not lose their guard within the 15-minute time limit or else their tower will be attacked, so it is for the Christian life that we must be watchful for the enemy is like a hungry lion waiting to pounce on its prey.

Morning exercises then took place where everyone got to stretch followed by the morning devotion led by Bro. Gideon Bautista of FTM. He shared about being grateful in all circumstances. He also gave everyone the time to express their gratitude especially to the pastors and the youth committee who worked hard for the event. Most of all, everyone was thankful to our faithful God for the wonderful opportunity to join and have godly fun. Everyone was thankful for the Lord’s protection and provision during the entire race.

The most awaited part was the announcement and awarding of winners. The Alphamazing Warriors got the championship cup and brought the Amazing Race Season 2 to an end. The youth then had a wonderful swimming time before heading back home. Surely everyone had awesome memories from this race and are looking forward for Amazing Race Season 3.  From last year’s Amazing Race, there was an addition of 14 new members: 6 from Carcar, 4 from Naga and 4 from Bantayan Island. To God be all the glory. 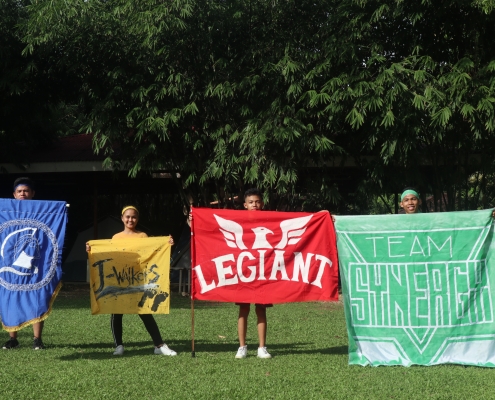 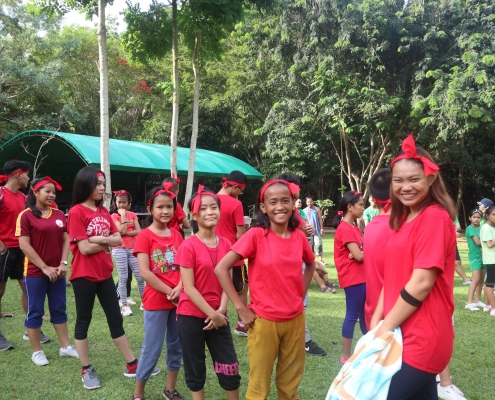 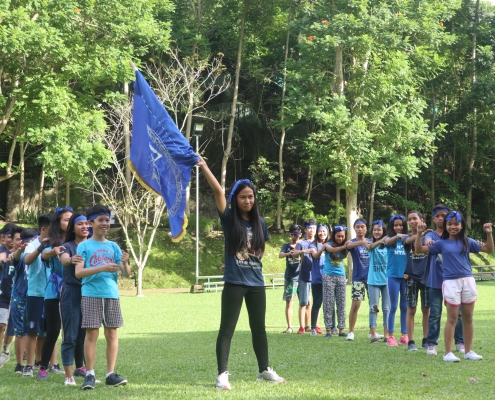 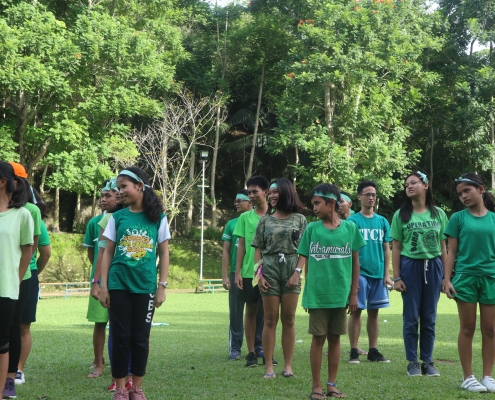 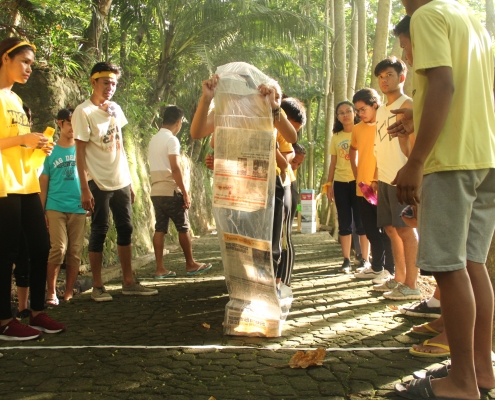 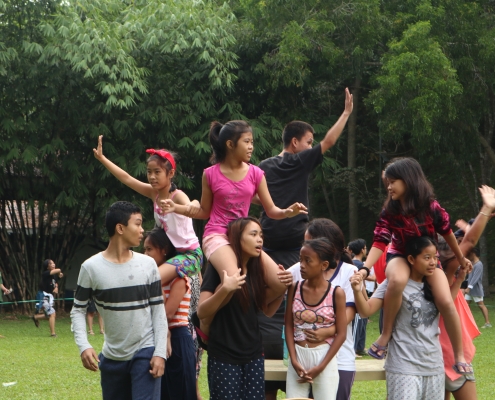 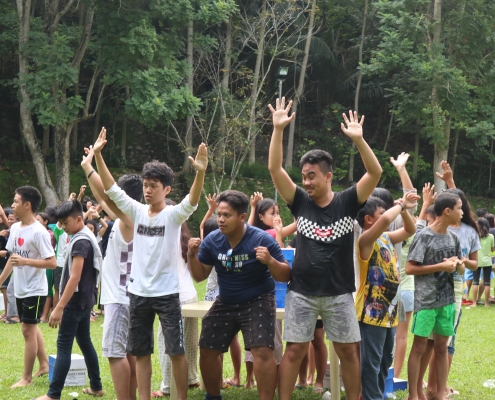 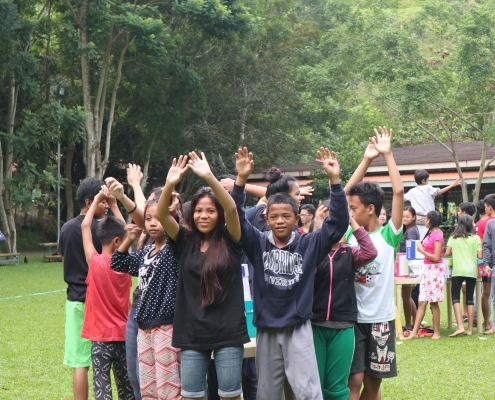 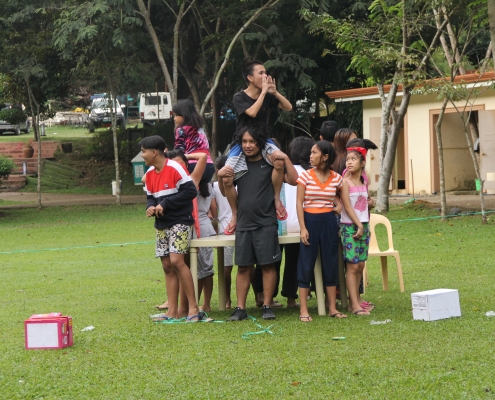 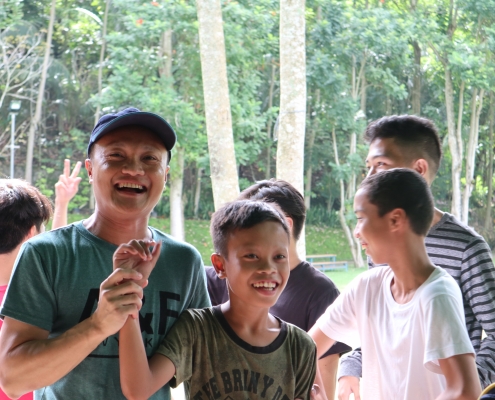 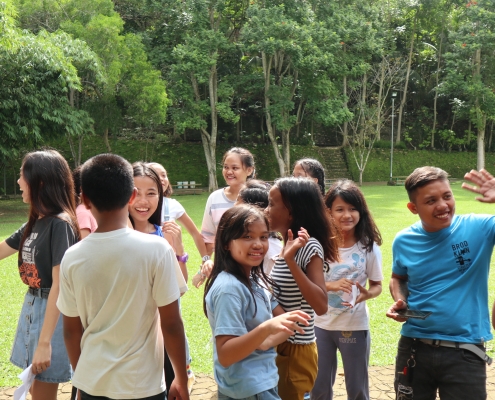 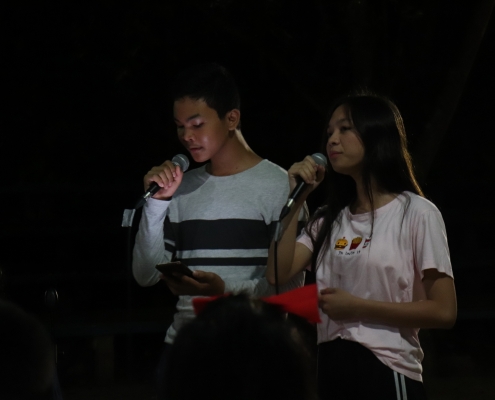 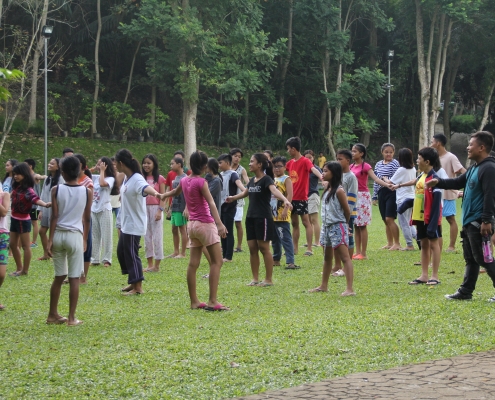 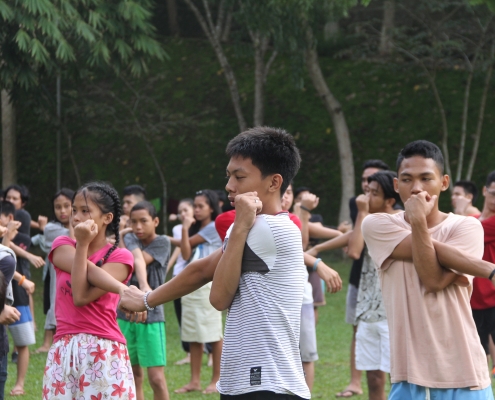 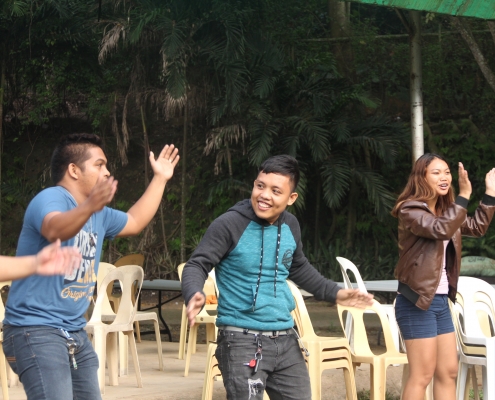 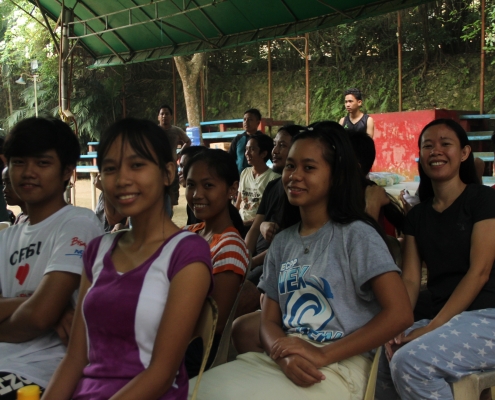 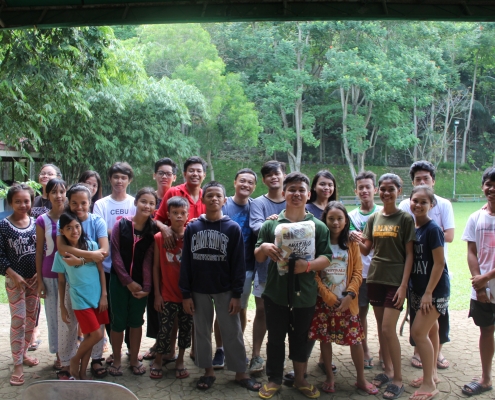 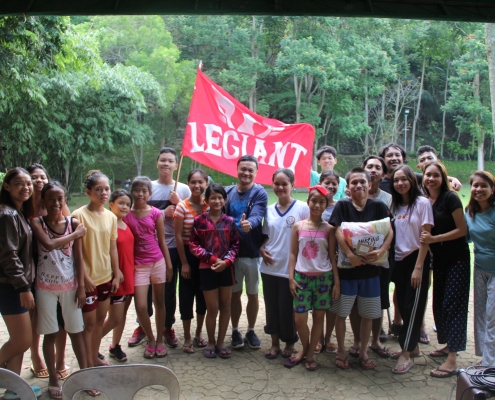 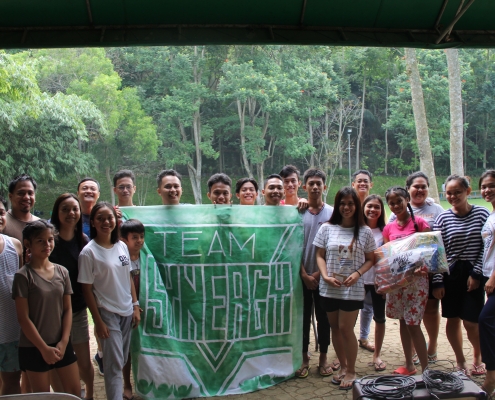 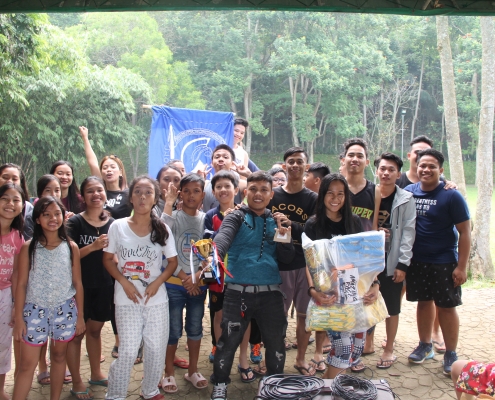 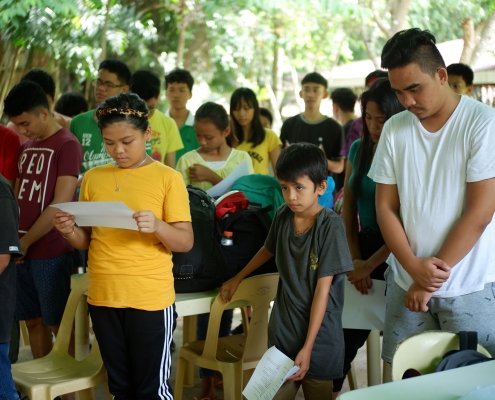 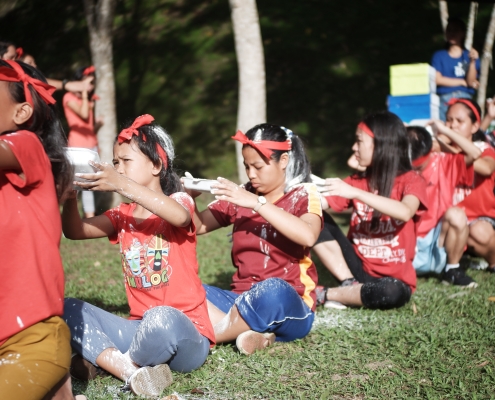 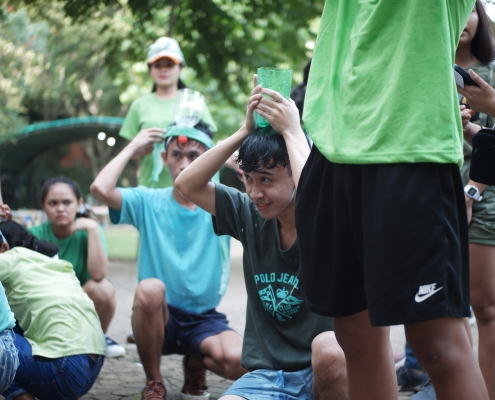 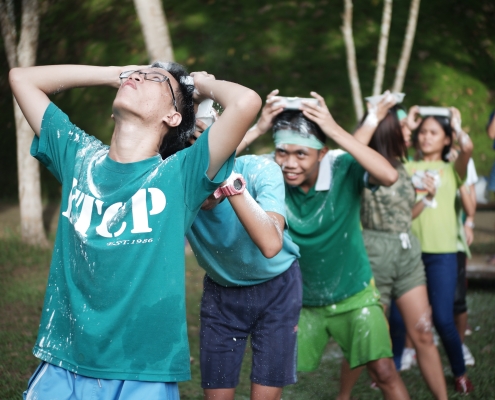