MARAHAN
Marahan is located in Marilog under the third district of Davao City. About 54 kilometers away from the city, its hilly region is filled with trees contributing to its cool winds. Matigsalug, Obo and Manubo tribes inhabit the region. A government hospital was built in Kibalang, Barangay Marilog in 2015 to provide health care services to indigenous people. Some LGU’s have also extended their help by installing Biosand Water Filter in some households. These development brought ease and support to various tribal communities in Marahan.
EFC – MARAHAN 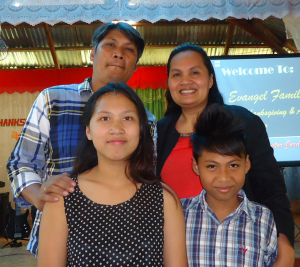 Pioneered in 1999 by two single ladies, Mivelyn and Desiree Layson, Evangel Family Church in Marahan is now a thriving community of believers. Now on its 16th year, Pastors Mivelyn and Patricio Margate, together with their two children Shekinah and Ivan, continue to pour out their hearts into the tribal ministry. In return, God watered what they have sown, and now they are harvesting the fruits.

Averaging of 130 adult and children, the tribal people have become givers and tithers into the Kingdom of God. Through constant prayer, discipleship and training, the tribal people have come to a genuine relationship to the true and living God. They have tasted the goodness of God, and their families have been saved. Their crops are blessed with good harvest. Testimonies of healing and miracles fill their mouths.

The community also enjoys development such as the recent shift from hydro-powered generator to electric cables which enabled the church to use music instruments during church services.

Indeed, God has a unique love for the tribes. His outpouring of blessing is manifested in every way as the tribal church seeks to obey Him. 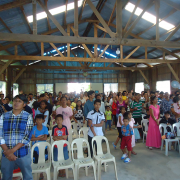 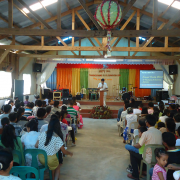 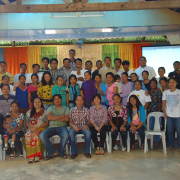 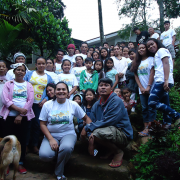 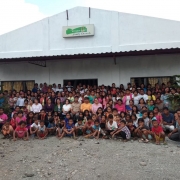 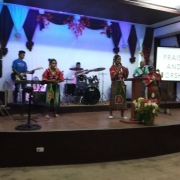 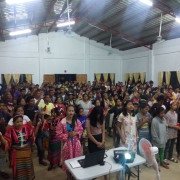 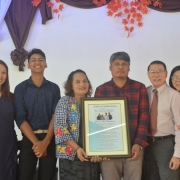 At present, there are 40 Evangel Outstation Churches being planted in the mountainous region of Marahan and Arakan Valley. Pastors Mivelyn and Patricio together with 29 volunteer workers put in so much time, effort, sweat and tears to evangelize and disciple the tribal people. Continuous training for discipleship and church planting are given to volunteer workers. Other tribal churches are struggling because of rebel threats. They are in constant need of our prayers.

In Partnership with the Tribal Missions Foundation, Inc., there are already three batches of volunteers that finished the six-month course Tribal Workers Intensive Training (T.W.I.T.) at the Evangel Tribal Training Center in Arakan Valley.

For the past 12 years, JECPP has extended its help in the Marilog District through medical missions. Evangel Family Church Davao work hand in hand with Tribal Pastors and volunteers  to conduct regular medical missions services.