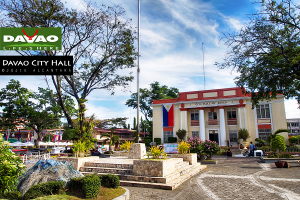 Davao City is Southern Mindanao’s Most Livable City lauded in the country and the whole world for its exemplary stance on peace and order.  It always lands in the Top Ten Safest Places in the World and has won the Most Child Friendly City in the Philippines for the third time.

According to the April 2015 report of Numbeo.com, Davao City has a crime index of 17.04, considered to be “very low”. Numbeo is a database of user-contributed information on living conditions of cities and countries around the world(Inquirer.net). The website also presents people’s view on safety in Davao City. Perceptions such as “safety walking alone during daylight” and “safety walking alone during night”, indexed as 88.34 and 80.56 respectively, are all considered “very high”.

This year, Davao City has also earned its third Presidential Award for the Most Child Friendly City. It has passed the Children’s Welfare Code which prohibits minor from traveling without parents or legal guardians (Inquirer.net)

Davao’s safe environment leads to robust tourism. Advantaged of its resort and hotel accommodation, infrastructure, and proximity to the capital Metro Manila, among others, Davao City advances as a MICE(meetings, incentives, conventions and events/exhibitions)and tourism haven in Southern Philippines eyeing North America, Europe and BRIC(Brazil-Russia-India-China) markets (City and Information Office, 2013).

Davao City is also the world’s largest metropolis in terms of land area measuring up to 244,000 hectares. This vibrant metropolitan of about 1.5 million people is divided into 3 congressional districts, 11 political districts, and 180 barangays.

Approximately 7.8 times the size of Cebu and 3 times that of the entire Metro Manila, Davao prides itself as home of the Waling-waling, the queen of orchids; Mt. Apo, the country’s highest peak; Durian, the king of all fruits; and the majestic Philippine Eagle, the country’s national bird. From islands to highlands, Davao enjoys mild pleasant tropical climate with no pronounced dry or wet season. 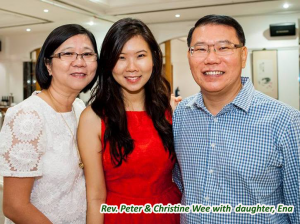 In 1993, a Singaporean pastor received a vision from God to become a missionary and plant a church in a city alien to him. Armed with passion for the lost, he and his wife Christine and three-year-old daughter Ena, packed their bags and left the comfort of their home and country to come to Davao City – a city at that time dreaded even by local tourists simply because it is a part of the war-plagued island of Mindanao. This city though is strategically located in the naturally rich southern part of the Philippine islands. The pastor who received the vision was none other than Rev. Peter Wee, now the senior pastor of Evangel Family Church-Davao and the Vice Chair of JECPP.

With God’s favor upon them, the first ever EFC-Davao church service began in its first location at Matina, along McArthur Highway on August 8, 1993 with eight adults and five children in attendance. In 1995, it had already 40 regular members excluding children.

Today EFC-Davao is a thriving city church averaging an attendance of 158 adults on its regular Sunday services and more than 50 Sunday School children. The church is located at the 2nd floor of Fabie College Bldg., Telstar and Pioneer Sts., Doña Vicenta Village. In October 2008, EFC-Davao settled into this worship sanctuary which has a 700 seating capacity.

After a seven-year stay in this rented church, EFC-Davao aspires for a permanent property of its own. As a step of faith to this milestone, the church registered under the Security and Exchange Commission (SEC) last April 2015 under the new name Evangel Family Church of Davao, Incorporated. EFC of Davao is now praying, searching, and waiting for God’s direction to this new place of worship expected to be very accessible to members and more people in Davao City.

OUTREACHES
In almost 20 years, this city church has become the base to 157 churches spread out in the five Southern Mindanao provinces- Davao del Norte, Davao Oriental, Davao del Sur, North Cotabato and SOCSARGEN.

The JECPP Southern Mindanao outreach extends to five core churches. The EFC-Tagum, planted in 1994, is under Rev. Gregorio and Rev. Rosario Simpas who head the Davao del Norte section. This section has now 50 main and cell churches. The second core church, EFC-Mati in Davao Oriental, was established in 1995 and led by Rev. Delia and Pastor Renante Miguel. EFC-Mati oversees 17 churches. EFC-General Santos under Rev. Albert and Sister Jane Poliño was born in 2005 and is the third core church that oversees 17 churches all over South Cotabato and Sarangani. The fourth, EFC-Kidapawan, also began in 2005, was pioneered by Rev. Tony and Pastor Liza Angelias who are now in-charge of 29 churches in Davao del Sur and North Cotabato. EFC-Marahan, pastored by Rev. Patricio and Rev. Mivelyn Margate, is the core church among 42 churches in Marilog District and Arakan Valley of North Cotabato.

Another priority of EFC-Davao is the tribal work in the hinterlands of Davao and the slopes of Bullokan, Laak in Compostela Valley province. Despite its humble beginnings and the difficulties in reaching these tribal villages, God has opened up many doors of ministry among the “Matisalug” and “Mansaka”natives. Since 2004, EFC-Davao has accomplished twelve Medical Missions in Marahan and Marilog Districts. According to the Davao City government, the Marilog District is the poorest of the City’s three congressional districts.

To intensify tribal missions, JECPP is instrumental in the establishment of the Evangel Tribal Training Centre or ETTC at Brgy. Datu Ladayon, Arakan Valley. This Training Centre is a six-hectare property that features a two-storey dormitory for men and women, a multipurpose lecture hall which accommodates church service on Sundays, and a dining and kitchen. ETTC has currently 16 full time students undergoing Tribal Workers Intensive Training (TWIT) aimed to empower tribal ministers.