In Spanish, “La Unión” means “The Union,” founded in 1850 by the Spanish colonial administration. The province was named “La Union” since it was founded by the union of three areas: Ilocos Sur’s three southern towns, Pangasinan’s nine northern cities, and Benguet’s western towns. Ilocanos make up approximately 93% of the population, which is predominantly Roman Catholic. Residents of La Union are well-educated, with San Fernando City serving as the region’s administrative, educational, and financial center. In La Union, the soft broom industry is well-known. The province’s economy is broad, with service, manufacturing, and agricultural industries spread throughout the region. 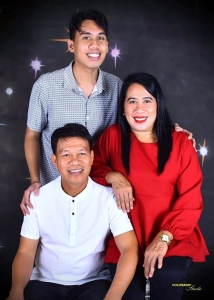 The Evangel Family Church La Union is in Bauang, La Union, in Barangay Baccuit Norte, about ten minutes from San Fernando City, the province’s capital. The church is a 5-minute walk from the highway, which connects Manila and Ilocos, and it takes an hour and a half to reach Baguio City. It is only 500 meters from the West Philippine Sea. We arrived in La Union on February 1, 2002, with my wife Ann and our one-year-old son, Ken, to start a church.

When we arrived, we immediately realized the challenges we would face: The first issue we will confront is a communication barrier because 90% of La Union only speak Ilocano as their native dialect. My wife neither speaks nor understands Ilocano. I’m Ilocano by tribe, yet I was born and reared in a Bisayan-speaking household. The second impediment is religious constraints, as La Union is mainly Roman Catholic. Above the hill that denotes ownership of the land, a monument to Mary rises. That statue may be spotted near the Evangel Family Church on the hilltop. The area was known as the “red sector of La Union” because there were numerous nightclubs and pubs where illegal substances could be obtained. Seeing these impediments pushed us and challenged us to kneel in prayer and fast in response to the challenges we acknowledged.

My family and I went on a Jericho walk around the neighborhood for two months. Thanks to God’s tremendous power, we began to make acquaintances and start making plans. We began holding Bible studies for our friends, using the ten caring circle courses (CCL) as a discipleship tool. The Lord started to create other doors of opportunity to proclaim the message. We held our first Sunday worship service in May 2002, with 25 people in attendance. Our Caring Circle discipleship program produced the majority of them.

The Lord’s work continued to expand, and more people have been welcomed into the Kingdom of God, including our first baptism in June 2002. Five people were baptized in water as a sign of their devotion to the Lord. We were overjoyed to see God’s supernatural hand in the ministry throughout the years.

The church was able to witness a series of miracles. The changed lives were one of the miracles we witnessed. We have one contact for bible study. When you enter their home, you’ll notice a variety of sizes of idols from other countries that serve as their guardians. When they accepted the Lord Jesus Christ as their Lord and Savior, they gave up all those graven images to us. We were able to collect three sacks full of valuable gravestone images. God enlightened their closed eyes to see that everything they had believed in was a falsehood. They have experienced deliverance, which has provided the family with new opportunities. They’ve made a breakthrough in their fight against Satan’s enslavement and deceit.

There was one instance. We were led to an emotionally wounded man. During our Bible study, he was remarkably silent. The Lord, in his pity, touched this man’s heart. During our first Bible study group, we discovered that his grandchild had recently died, and his wife had left him for another guy. His health is a manifestation of his bitterness and hatred. He walked sluggishly and had been experiencing stomach problems for some time. When he devoted his life to the Lord, he experienced freedom from bitterness. The doctor couldn’t give him an exact prognosis, but God could. After surrendering his life to the Lord, he experienced release from bitterness and wrath, and healing began to take place. He was emotionally, physically, and spiritually whole again. His entire family came to know Jesus Christ as their Lord and Savior. These are just a few of the miracles we witnessed during our ministry. Miracles and blessings continue to unfold.

We’ve run into specific roadblocks as the church has grown. Because of religious apathy, the number of worshippers began to decline. Despite the difficulties, we continue to make progress.

We began the Purpose Driven Life campaign, “40 Days of Purpose,” in April 2006. The church had another breakthrough; we could baptize 20 people and welcome additional families into the church.

In 2009, La Union was hit by a powerful typhoon called “Bagyong Peping.” Floods and landslides wreaked havoc on infrastructure. Many families are experiencing challenges. At the same time, Evangel La Union had an excellent opportunity to be utilized by God. We have never faltered in our faith in the 20 years since God sent us to this location in La Union. God has provided leaders to assist us in ministry. We were able to start five churches, but some have been closed due to the pandemic. We didn’t stop trusting and anticipating great things from God over those years of ministry, whether ups or downs. We’ve seen how God has led us to this point. Pastor Jetro was responsible for overseeing the Luzon Region as the Regional Director of Luzon.

The church is now using the ITIM training program to conduct discipleship training.

Despite the pandemic’s global calamity, the church continues to engage in community outreaches. We’ve also brought on a next-generation leader to assist us in reaching out to the community. We anticipate additional opportunities knocking on our door. While no one wants to work, the church is meant to work.

We are resolved to complete God’s purpose no matter what it takes because he has promised that he will never abandon or forsake us and that he will be with us until the end of time. 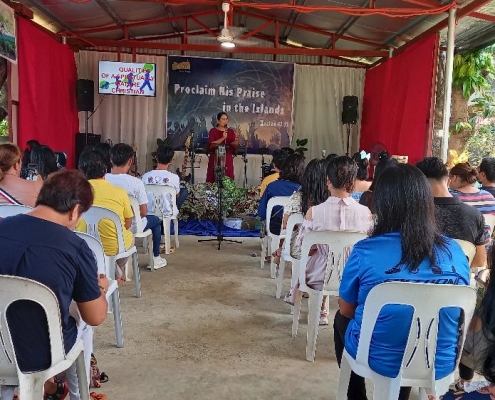 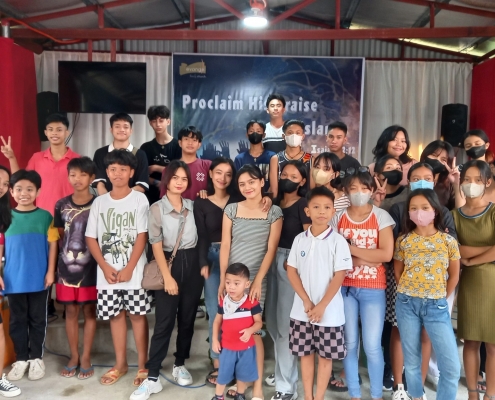 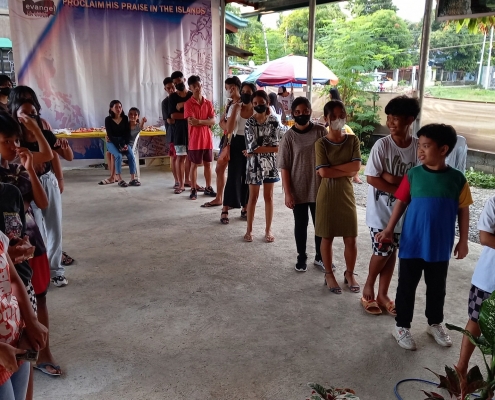 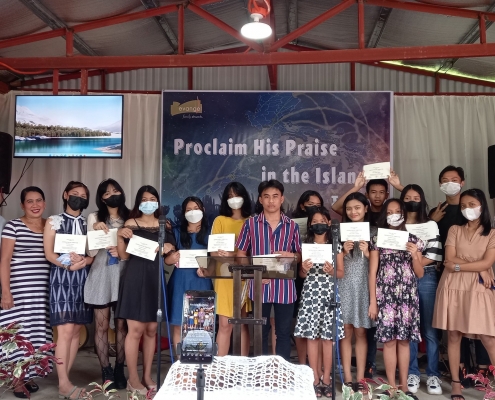 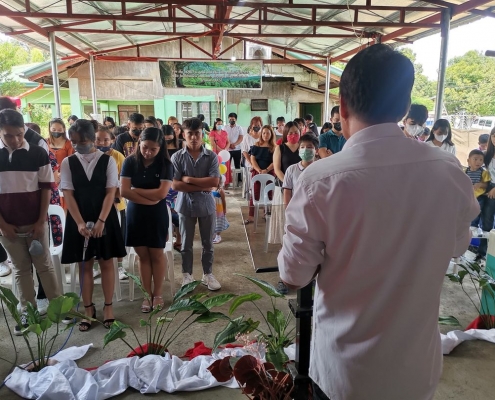 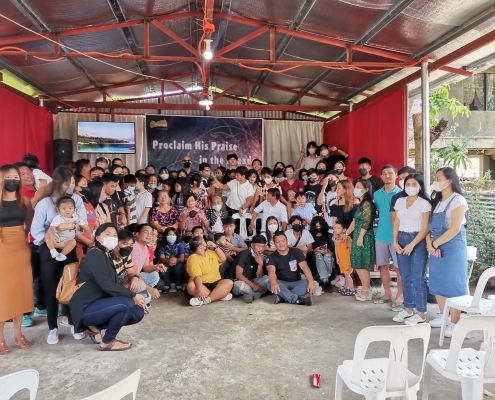 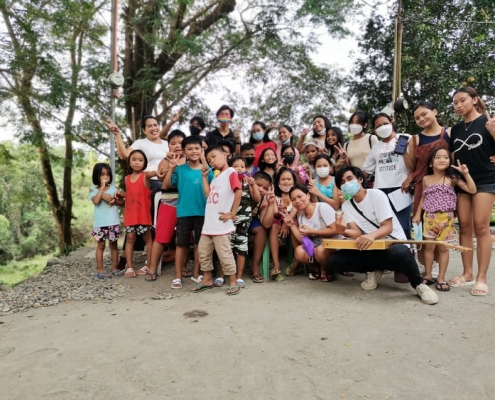 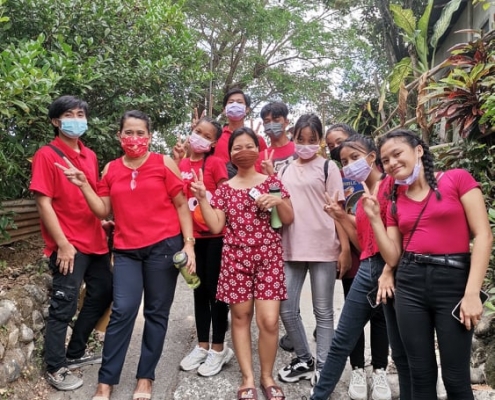 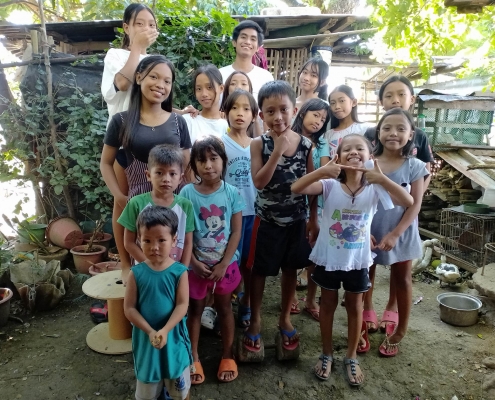