Tagbilaran is a third-class city in the Philippine province of Bohol. It is the capital and a component city of the island of Bohol. Situated some 72 kilometres south of Cebu City, Tagbilaran is the center for business, education, and transportation in Bohol province. It is also famous for beautiful scenic spots and tourist attractions, especially on Panglao Island, where white sandy beaches and dive spots can be found. Generally, Boholanos (as the locals are called) are friendly and peace-loving. However, Roman Catholicism remains their dominant belief and is still very strong among the people of Tagbilaran, Bohol. 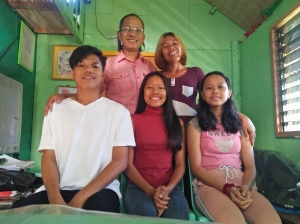 Evangel-Tagbilaran (EFC-Tagbilaran) was planted on April 29, 1997, by Pastor Bene Cabasse, a young church planter sent out from Evangel Cebu. The following year, he married Pastor Leah Abi-Abi from Davao Region. As a husband-and-wife team, they have continued to spread God’s word to the Boholanos in Tagbilaran, Bohol, and beyond over the last ten years. The church grew and experienced ups and downs, and some members left. EFC-Bohol has been transferring from one place to another because we don’t have our church building. As we constantly pray, God gave us a lot, and we still pay for it every month. The lot is 300 square meters big, and we had our temporary building.

The first two years of their ministry were spent laying the foundation: knowing the people, introducing themselves, promoting the church, inviting people to the service through tract distribution, house-to-house evangelism, and conducting home bible studies. Initially, some showed interest and responded positively, but they did not last. As in the parable of the sower, they were the seed that fell on the rocky ground. At first, they were very excited to come to church, but their enthusiasm was gone after a while, so they withered.

Pastor Bene and his wife refused to give up. They continued to share and labor in love among the Boholanos. God knew their hearts and saw their labor. As a result, God blessed them with genuine converts in the following 3–7 years. Decisions for Christ were turned into disciples of Christ. These converts became committed members of Evangel Tagbilaran, even today.

Over the next three years, God raised many faithful members and regular tithers in Evangel Tagbilaran between their ministry’s eighth and tenth years. They became very supportive of their pastors’ work for God. Some of them became Bible study leaders and very reliable workers. Others got involved in planting churches under the supervision of Pastor Bene, who also serves as the section leader covering Bohol Island and Siquijor Island. As a result, four new churches under EFC Tagbilaran were started in Cortes, Tiptip, Maribojoc, and Dampas. In addition, pastor Bene purchased a brand-new Kawasaki motorcycle thanks to an interest-free loan from the JECPP Development Fund and JECPP Cebu Fund. The vehicle enhanced his effectiveness in the ministry of Evangel Tagbilaran and in supervising outstation churches, including the works in Tubigon and Clarin under Pastor Deo.

During this period of expansion, the devil worked very hard to disrupt the momentum of the ministry and Pastor Bene’s family. His marriage almost broke up, and some members became rebellious, spreading lies among church members. Burdened by the weight of the problems, the thoughts of giving up surfaced and became very real. But God is faithful, and His grace is always sufficient. He carried them through the hard times, and they overcame the enemy with God’s strength.

Pastor Bene and Pastor Leah emerged from their trials more vigorous than ever. Their marriage was saved and secured, rekindling their love for one another. They also learned as pastors to be more open and transparent with their leaders and members. God then opened their eyes and sharpened their vision. They began to share it with the leadership and the rest of the congregation. As a result, the administration became more robust and more united. The assembly also became more supportive and committed. They felt closer to one another as brothers and sisters in Christ. They belong to one big family—God’s family!

God’s blessings began to flow and manifest magnificently. Church tithes and offerings experienced a breakthrough. Many members began to avail themselves of God’s use in the ministry. Some got involved in the feeding ministry of the church. Others were in charge of the teaching ministry, like Sunday school for children and adults and home Bible studies. Keyboards, electric fans, karaoke systems, and sound systems were all donated by members. The church even raised funds to acquire its air conditioner. God is perfect!

Evangel Family Church Tagbilaran celebrated its 10th anniversary in its new location on April 29, 2007, with 70 people in attendance.

Pastor Bene and his dear wife, Pastor Leah, supervise 13 churches. Seven works are on Bohol Island, and six are on Siquijor Island, a mystical island full of witches and other supernatural phenomena, but this ministry had stopped because the worker quit. Nevertheless, God has given them faithfully, committed workers and reliable church leaders. 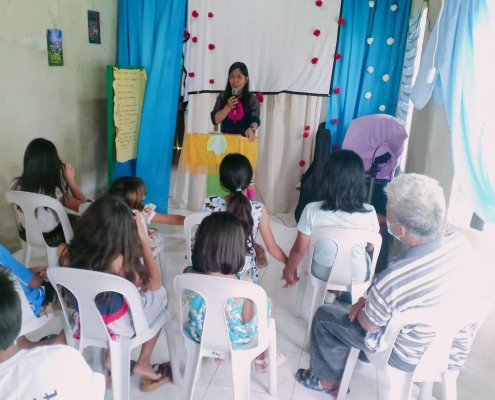 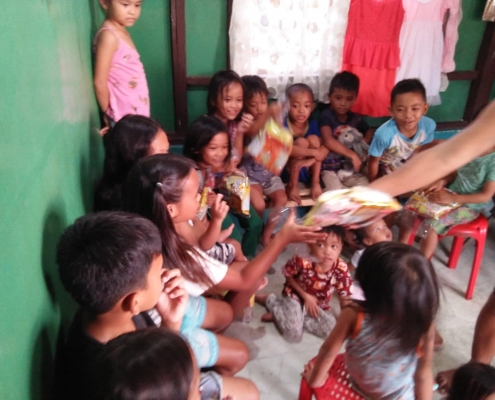 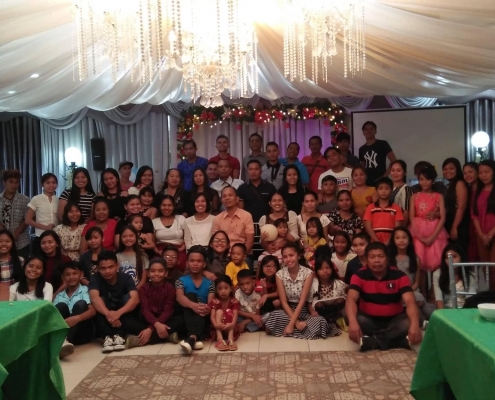 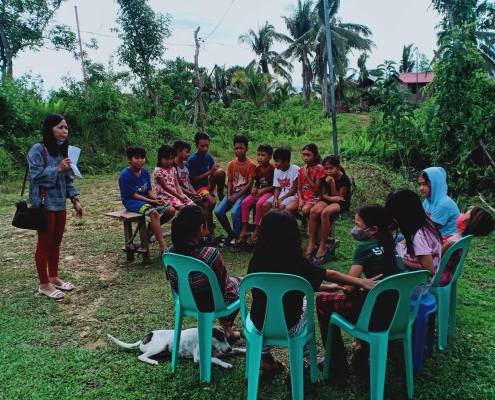 EFC-Bohol was able to disciple two young people who are now pastors in Balilihan, Bohol. They have now been in ministry for eight years and counting.

EFC-Cortes was planted in 2001. The first assigned missionary lasted only about two years and quit. EFC-Cortes’ ministry was stopped for a few years because of the absence of workers. Pastor Bene and Leah restored the work and assigned a couple, Pastor Salvador and Luisita Abi-abi; they have been in the ministry for only six years and left the church because they had returned to Mindanao.

They are forever grateful to God for everything He has done in their lives and ministry. The journey has been challenging. But as they hold on to Jesus’ presence, His provision, protection, and power never fail to strengthen and encourage them in good times and bad. God is unchangeable, unshakable, and unstoppable. He is always seated on the throne. Indeed, our labor in the Lord is never in vain. If only we would learn to persevere and never give up.