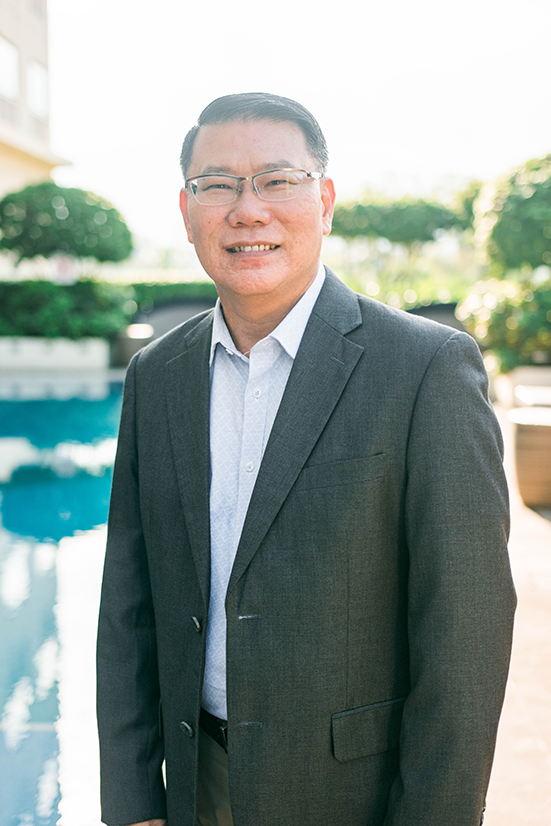 Rev. Peter Wee served as assistant pastor to Rev. Dr. Robert & Marion Lim in Evangel Family Church, Singapore for 12 years before receiving the ‘Call of God’ to become a missionary to the Philippines. In January 1993, he graduated with a Bachelor of Arts Degree in Biblical Studies from Asia Theological Centre for Evangelism & Missions in Singapore.

Pastor Peter began pioneering Evangel Family Church in Davao City in 1993. Together with his wife, Christine, they are overseeing the 5 regions of Southern Mindanao. Their only daughter, Ena, who has returned to Singapore since 2010, is now married to Benedict Chan. 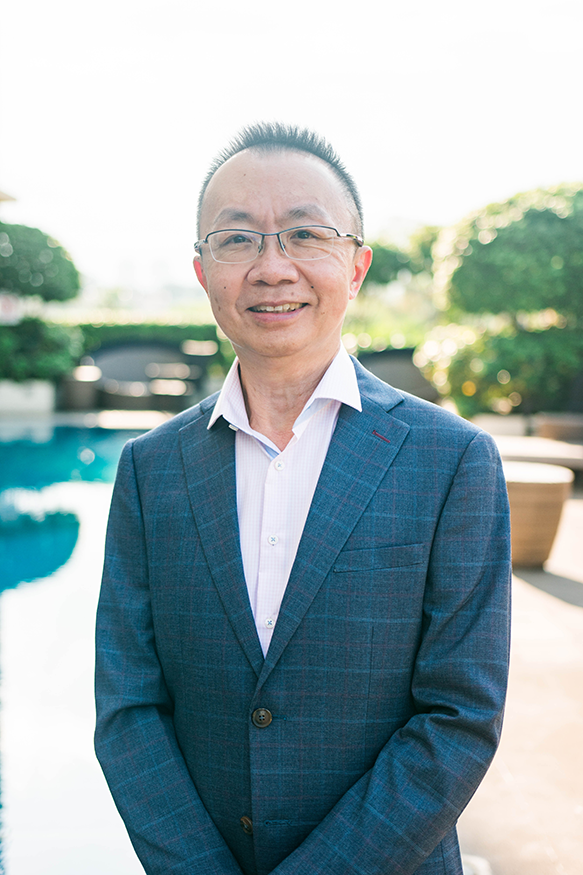 Pastor Andrew began his ministry in the pioneering of Evangel Family Church, Iloilo City in 1986 as an Assistant Pastor. By 1988-1992, he went on to pioneer Evangel Family Church, Cebu City. As the organization progressed to raising local leadership, he was offered the role as Principal of JECPP’s Bible-training school, Evangel Missions School from 1992-1994. Then on December 31, 1994, Pastor Andrew and his family were led by the Lord to pioneer another new work in Evangel Family Church, Cagayan de Oro City. Together with his wife, Rowena, they are still presently the pastors of the church in Cagayan de Oro City and overseeing the churches in the 6 sections of Northern Mindanao. Their only daughter, Kristy, is still pursuing her post-graduate studies in Canberra, Australia. 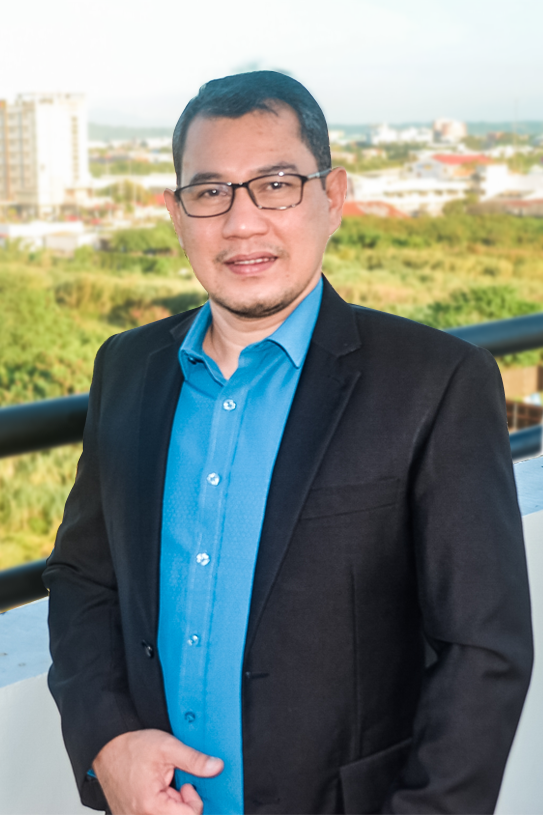 Pastor Benjamin Chavez studied Bachelor of Science in Accountancy at the University of Iloilo in 1991. He went through formal training in Evangel Mission School in 1993. From 1997 to 2012, he served in Northern Iloilo Coastal Section outstation Churches as a Section Leader. He is the Senior Pastor of Evangel Family Church Ajuy for 24 years with his wife Pastor Lina Chavez. They have two children, BL John and Kezia. 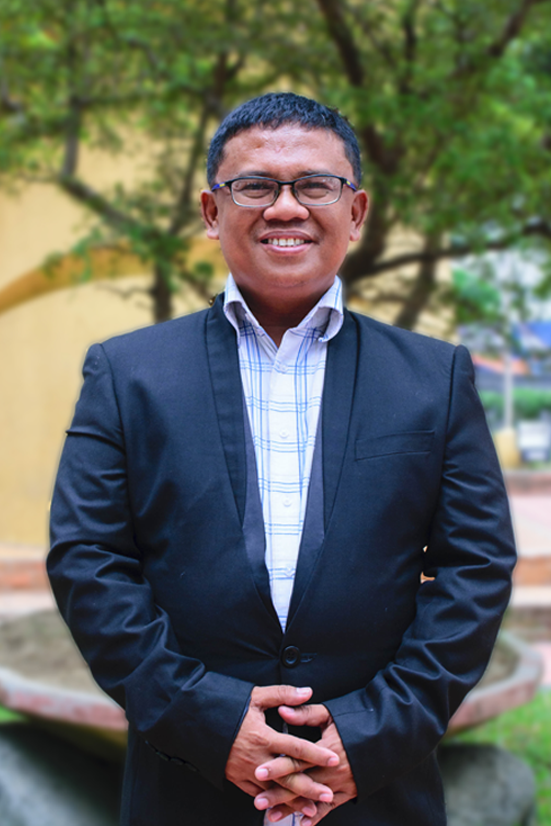 Pastor Roberto finished his course in Civil Engineering Technology at Mindanao Polytechnic State College in 1996 and Bachelor of Science in Civil Engineering at Cagayan De Oro College in 1999. He is currently the Senior Assistant Pastor in Evangel Family Church CDO and the Deputy Regional Director of Northern Mindanao. He resides at Cagayan de Oro City with his wife Juvy and daughters Hannah Faith and Mikaela Eunice. 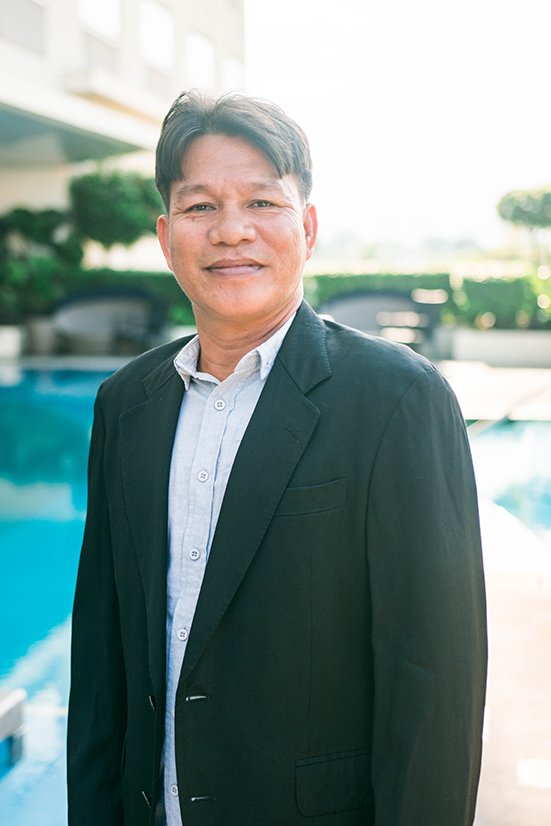 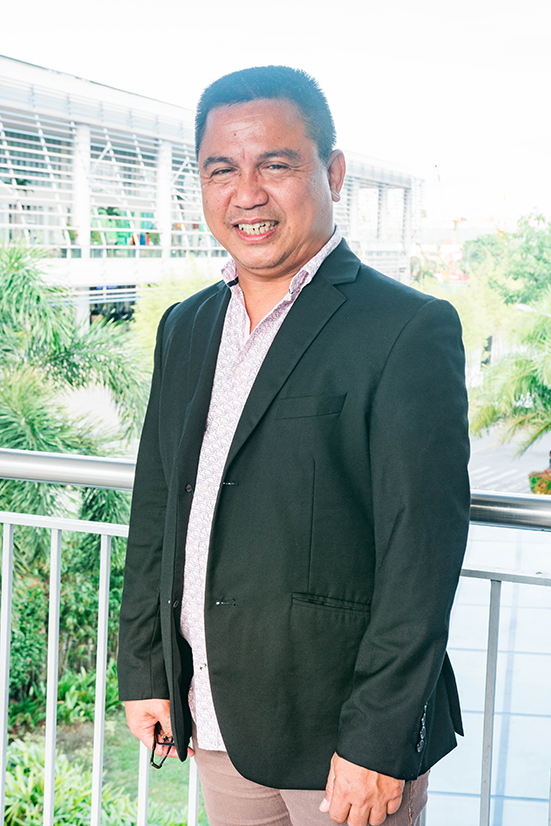 Pastor Tony finished his Bachelor of Arts major in History at Southern Christian College in 1992, and in 2005 enrolled at Evangel Center for Missions and Evangelism (ECME) together with his wife Liza. Today, he is the Senior Pastor of Evangel Family Church Kidapawan and oversees the churches in North Cotabato and outstations in Davao del Sur Section. He always loves to spend quality time as a husband and a father to their only son, Asher Angelo. 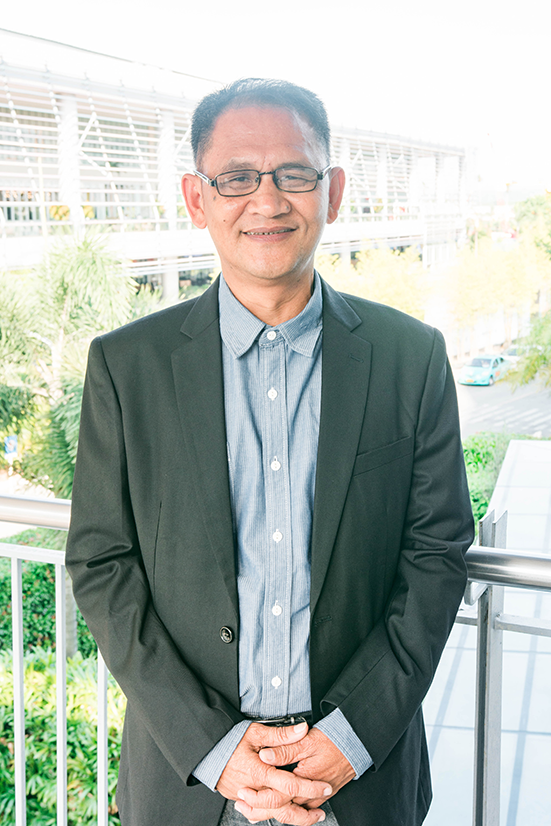 Pastor Fabales was among the first batch of JECPP’s Evangel Missions School graduates. He has been with JECPP for over 25 years and is the Senior Pastor of Evangel Family Church Dao, passionately serving in the barangays of Antique. He is happily married to Pastor Lilibeth, and is the devoted father of their children, Krystle Joy, Matthew Brian and Kate. 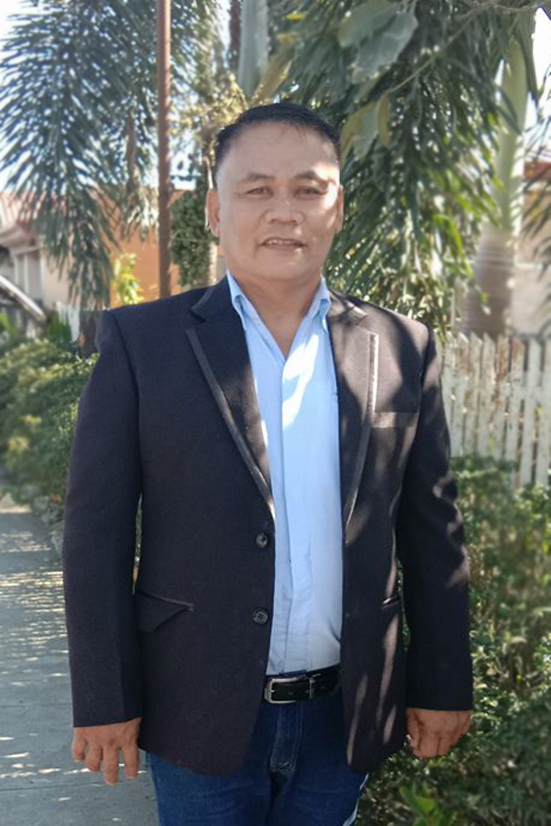 Pastor Doming was born on September 15,1969 in Alcantara, Romblon. He is married to Vivian Mateo in 2000. In 2005, the couple decided to enroll in ECME, the mission school of JECPP. Today, Rev. Domingo, with his wife Vivian and son Daniel, continue to sow in the harvest fields of Luzon. EFC Batangas, the church they are leading, has been mightily used by God to plant churches in the many barangays of Batangas. 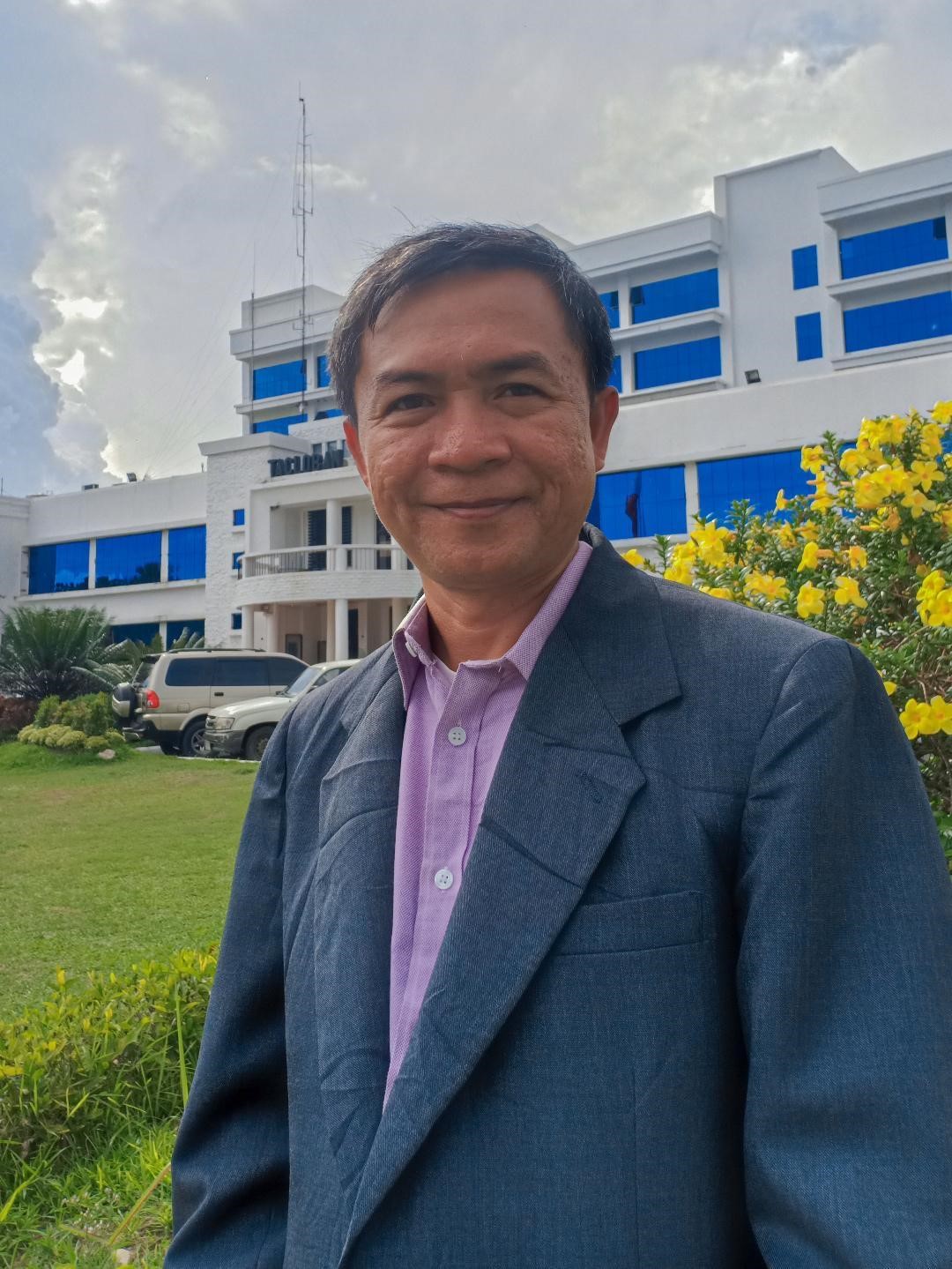 Pastor Nelson graduated from the University of Cebu‘s main campus with a Bachelor of Science in Commerce and a major in Management in 1999. Before joining JECPP, he worked at Big Foot Corporation. He and his wife Lilibeth have been pastoring EFC Tacloban since March 2004. They survived Typhoon Yolanda thanks to God’s grace and continue to serve in the ministry. Currently, Pastor Nelson serves as the Deputy Regional Director for Central and Eastern Visayas. Keziah Anne and Keith Nelson, Keziah Mae and Kenneth are their four children. 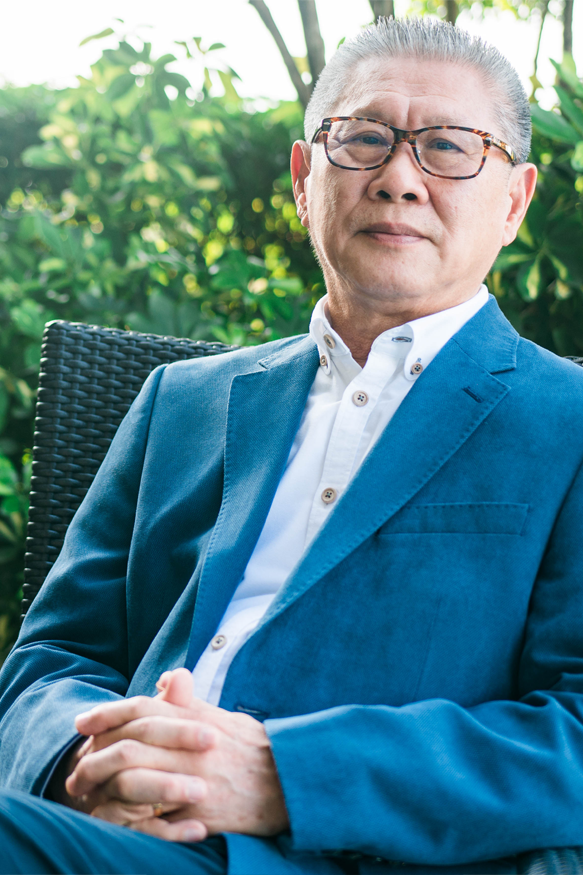 JECPP Founder and Advisor to the Spiritual Council

In October 1989 Robert Lim was conferred with an Honorary Doctor of Divinity from The Bethesda School of Theology California, USA by Rev Dr David Yonggi Cho.