Blog - Latest News
You are here: Home1 / Testimonial2 / Thank You God for Saving Me

“I called on your name, Lord, from the depths of the pit.

You heard my plea: “Do not close your ears to my cry for relief.”

You came near when I called you, and you said, ‘Do not fear.’

You, Lord, took up my case; you redeemed my life.” 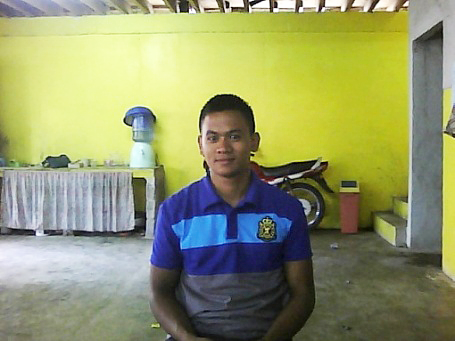 I am Reyno Lamesa, 21 years old–a child of God. Before, without God, my life was a mess. I came from a broken family. My deeds were evil. I was addicted to drinking and drugs. To continue my vices, I resorted to stealing.

I was doing all these things to make myself happy, but all there was in me were emptiness and brokenness.

On November 2, 2013, my brother who was a soldier died, and Pastor Reynaldo Coronel went to our home to condole us. He shared the word of God. It gave me a glimpse of hope and relief. But after that, I still continued with my wayward ways. I went out with my barkada. We got drunk. We sniffed drugs. We stole. I tried to convince myself that I was happy doing these things with them, but it seemed such happiness was only shallow and temporary.

I felt my life was useless, and that there’s no future for a man like me. I thought I was a hopeless sinner and that God was angry with me. On December 18, 2013 I decided to commit suicide to end my misery once and for all. When I got home, I ingested a Lacquer thinner.

At that crucial moment, my mother saw me committing suicide. I was almost dying, and she rushed me to the hospital. She called Pastor Reynaldo to pray for me in the Emergency Room.

God did hear their prayers, and He took me back from an almost certain death. I realized that the Lord was very merciful to me and that He loves me. I was moved by this great miracle. I decided that from then on, I would give my life back to Him.

The best thing that happened to me was the miraculous change wrought by God in my life. I was delivered from my hopeless and sinful past.

Last April 15- 17, 2014, I attended a Youth Retreat in Cagayan de Oro with the theme Empowering the Next Generation. I was blessed and encouraged. There, I understood that God has a wonderful plan for my life- a future that’s full of hope.

Now, I am an active worshiper in EFC-Lala, Pacita. I help Pastor Reynaldo in conducting Bible studies. There are times I do Bible study by myself. I drove the workers to various outstation churches in the surrounding communities.

I actively share my testimony to my friends and loved ones. Thank God my family got saved. The Lord also used me to reach out to two families who are now faithfully serving God.

Unlike before, I am now fulfilled and joyful. God alone can satisfy.

I know that I can never repay God and that there’s no better way but to say, “Thank You God for Saving Me.”