Since the pandemic, Christians have been greatly challenged. With face-to-face gatherings made difficult, the ministry faced a stumbling block. Lockdowns were declared and fellowships were left on the shelf. Of course, compliance is a must, even though it curtailed companionship.

Still, as the encouragement in Hebrews 10:25 says, “Let us not give up meeting together, as some are in the habit of doing, but let us encourage one another and all the more as you see the day approaching.” Christians will always find a way to connect with each other out of a longing to uplift each other. Even if they are stripped of the opportunity to do so, it is indeed important to reach out to fellow believers and, most importantly, the youth.

Despite the delay, the long wait of the young Christians of Candon and La Union was over, as in God’s great timing, they were given the opportunity to have a two-day youth retreat. held on July 26-27, 2022, at the Evangel Family Church in La Union. The retreat aimed to foster Christian fellowship between these two churches. The retreat’s theme was “FOCUS, FORWARD, AND COMPLETE THE MISSION.” 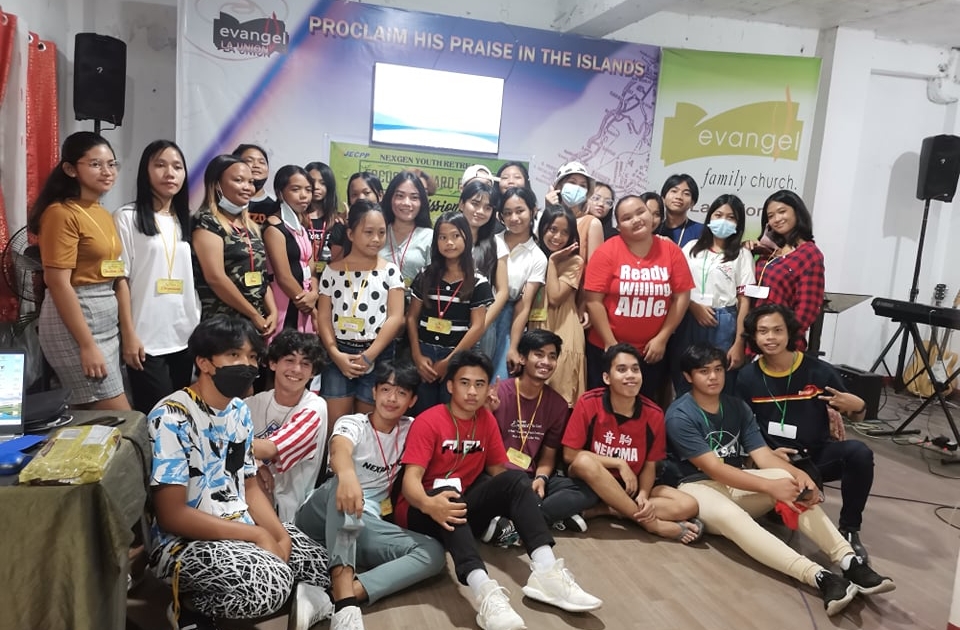 The young people of La Union met the fellow youth of Candon for the first time on the opening day of the youth retreat. To break the ice, group dynamics and team-building activities were provided to create a bond between the two groups. Having seen both churches get along with each other, the house rules were explained, as well as a good hour of singing praise and worship.

After the opening event, the Word of God was preached by Sister Grace Acosta, entitled “Focus”. Taken from John 15:1-11, she encouraged the young people to always stay connected with the Lord, to become fruitful and focus on their relationship with God.

The young people were divided into groups represented by their colored straps. This part of the event, led by Pastora Annaliza, was the group dynamics on the topic of “Love Waits”, after a pleasing moment of listening to the Word of God. Everyone participated and shared their reflections upon the matter of waiting on love and focusing on the relationship that matters—our personal relationship with God.

As young believers, priorities must be set and backed up with the teachings of the Bible. With the help of this fellowship, it was sought to cultivate their Christian life. And there, their comradeship was solidified further.

Sister Brianne Corpuz, a youth leader of La Union, provided them with an exciting afternoon filled with games and food and due to adverse weather, they took them inside to continue the program.

Pastor Jetro Novero spoke about “Spiritual Focus” highlighting Jacob’s wrestling with the angel as described in Genesis (Genisis 32:22–32). Jacob suffered a hip injury after winning his battle with the angel and received the desired blessing. He is given a new name, Israel, which means “he who wrestles with God,” as the sun rises. The new name “reflects his battle and the fate of a whole people.”

The amazing thing was that Jacob refused to let go despite being in excruciating pain. Indeed, Jacob was steadfast that he would be blessed. This is the Focus that the young Christians of these two churches should have.

Unexpectedly, a magnitude 7 earthquake shook most of North Luzon on the second day of the retreat. The news of fallen buildings and aftershocks that would last for weeks created havoc among cities and provinces. People were terrified to return to their houses. Minutes after it shook the morning service, the delegates gathered to pray for the safety of their families, especially of those from Candon who left their place to join La Union in this retreat. Their tears were as evident as their worries as they called out God’s promises of safety among their families.

As all things subsided, the morning service continued. Pastora Ann shared her preaching. She pointed out that one cannot move forward until one let go of the sins that have entangled oneself. We can’t move forward if we let our past haunt us.

After that, Sister Grace led them to another group dynamic. She discussed the difficulties and reasons why they could not move forward in their relationship with God. She shared some reason how we can overcome them.

The Youth Retreat concluded with thanksgiving for a renewed commitment and fervent desire to serve God at all costs. It is with gratitude that an opportunity to gather in one place to fellowship, bond, and encourage one another was given. Above all, they are grateful to God for providing for their needs. The young people also anticipated the next chance to get together. All thanks and praise are solely due to God. 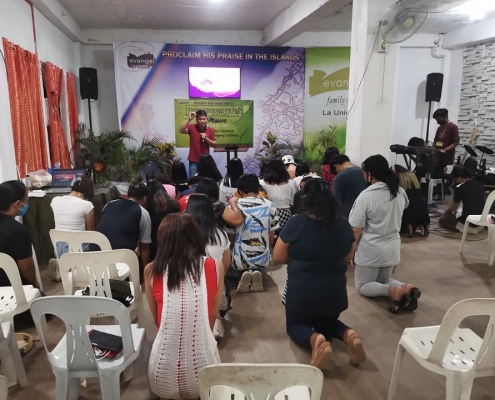 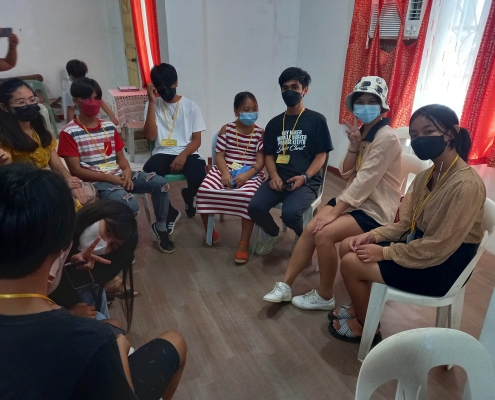 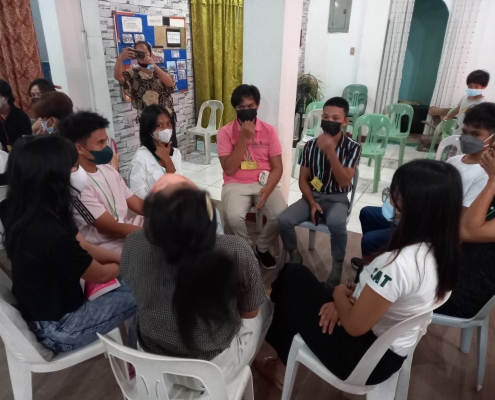 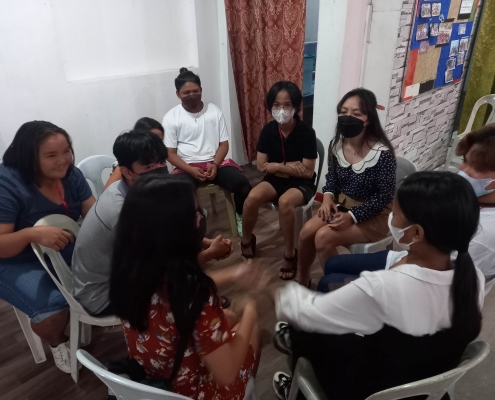 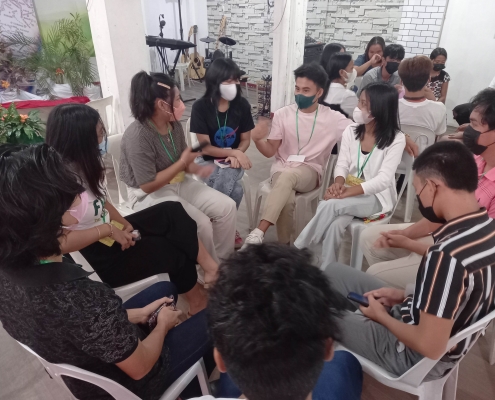 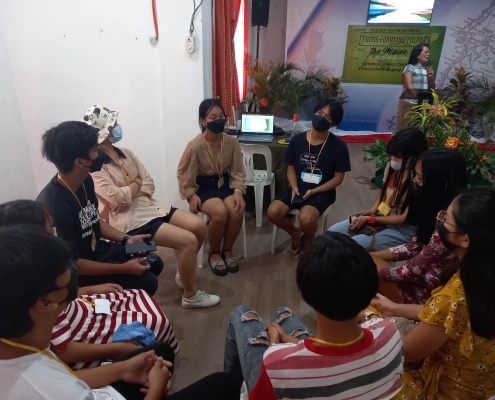 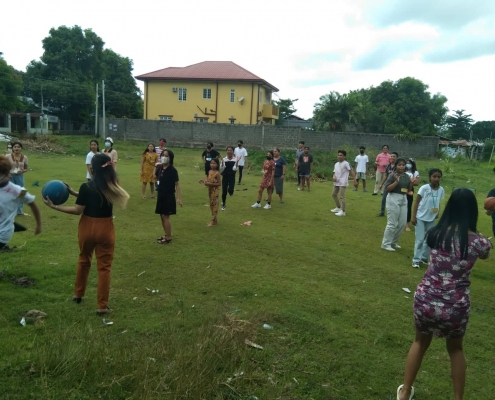 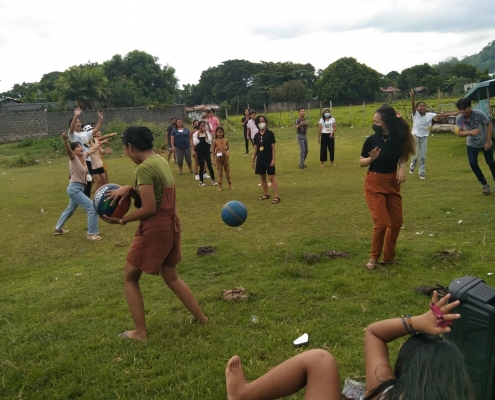 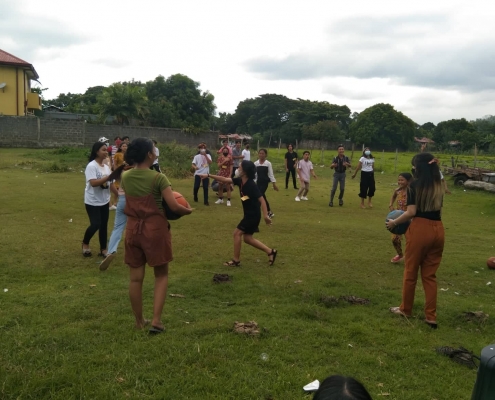 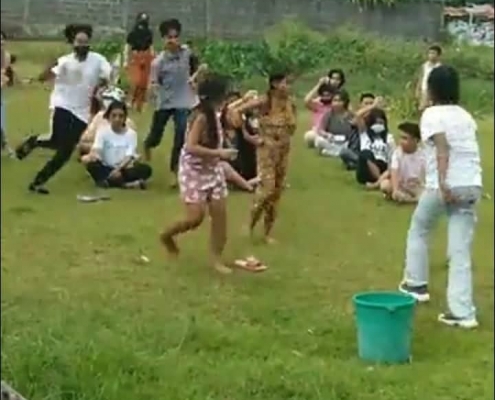 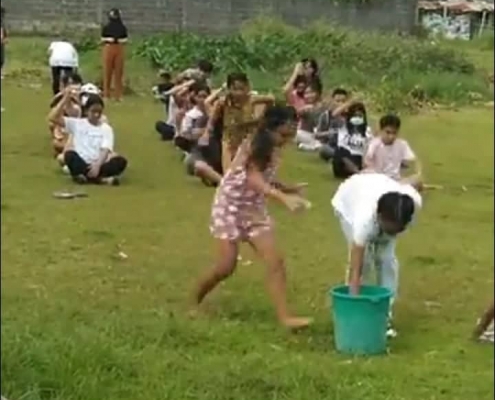 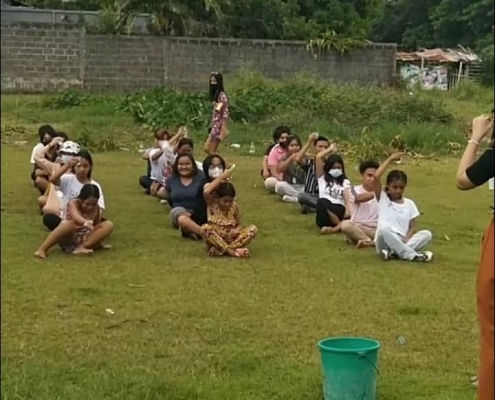