The long wait had come to an end! After three years of not seeing each other in person, Davao Del Sur musicians and worship leaders gathered for a Music Team Seminar. This event was held on July 16, 2022, at Evangel Family Church Kidapawan, where 19 people attended, including four pastors from Magsaysay and Kidapawan City. 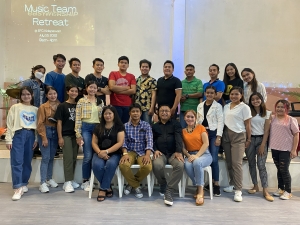 The day began with praise and worship, and then Rev. Tony J. Angelias presented  the first session on spiritual discipline. “Worship should be a daily expression,” Pastor Tony said, quoting Hebrews 13:15-16. Pastor Tony provided four tips on how to be an effective music team member to the participants. The first is to maintain daily prayer devotion; the second is to constantly read God’s Words; the third is fasting as a way to humble yourself before God and rely on God for strength; and the final is singing, which tells us to practice and worship every day.

Rev. Sanny Padua spoke about the significance of playing skillfully (with your talents). He mentioned the Bible’s greatest musicians. He encouraged everyone by quoting Psalm 33:1-5, which instructs the righteous to rejoice in the Lord for their music. He stated that musicians should delight in God, that he should sing new songs and learn new techniques, that he should sing energetically, and that he should have a diligent spiritual and physical preparation. “Impress God with the abilities He has given you,” Pastor Sanny said. “Play not just because you know, but excellently.”

Rev. Rosepen Padua discussed the importance of unity in the music team in the third session. “God places a high value on unity. He enjoys it when His people live in harmony, according to Pastor Rosepen. She also stated that unity is a powerful weapon against the enemy and that nothing can stand in the way of a united team, whereas disunity makes love unclear and vague, making us unattractive to unbelievers. Being a music team, our focus is also on unity. We should have the same mind, the same love, and the same spirit that brings peace in each other’s company, and we should have the same goal, which is to glorify God.

The fourth session was given by Rev. Liza A. Angelias and it was about worship leading and making line up. Pastor Liza gave three tips on how to be effective in worship leading. To begin, understand your vocal range and sing within it. Second, connect to the band and to the people. Learn to divide your focus into four quadrants. Then, communicate. Worship leaders should communicate the message of the songs while being aware of the dynamics of the songs, where to sing and listen to the loudness of the music, and having a good transition in each song played. She also taught how to make a song line up. She gave examples to the audience and advised that line-ups should start with an ascending or repentance song, followed by a fellowship or celebration song, lifting up songs and songs that declare who God really is.

Jhonnie Kelvin Manongdo also taught the participants about basic music theory in order to make it easier for the worship team to perform the songs. Jeanelle Grace Lorilla’s final session focused on hand signals to improve team communication during praise and worship.

Following the lectures, a divided workshop was held for those who wanted to learn more about worship leading and playing musical instruments such as the drum set, bass guitar, lead guitar, and electric keyboard.

Before returning to their respective stations, everyone shared their thoughts and feelings about the seminar and workshop

Everyone is grateful to God, to Jireh Evangel Church Planting of the Philippines (JECPP) and  to Rev. Peter and  Rev. Christine Wee for allowing this activity. The encouragement inspired the participants to remain faithful and passionate about the ministry God has entrusted them with, particularly in creating a worship atmosphere in the local church. 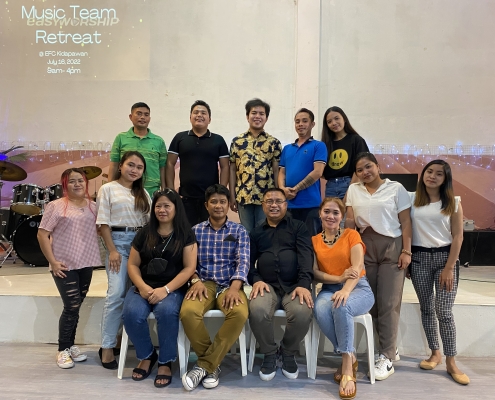 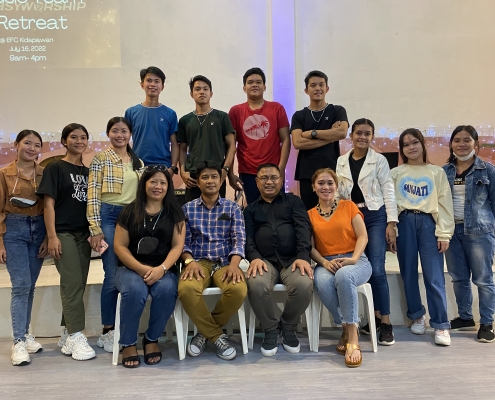 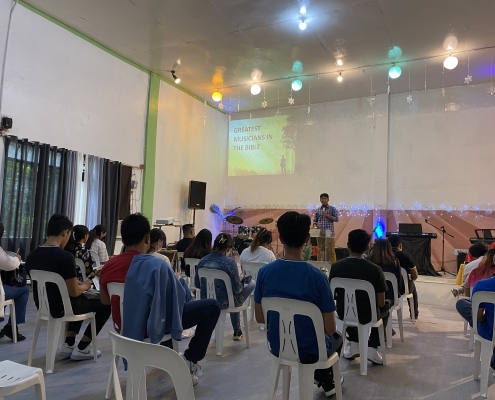 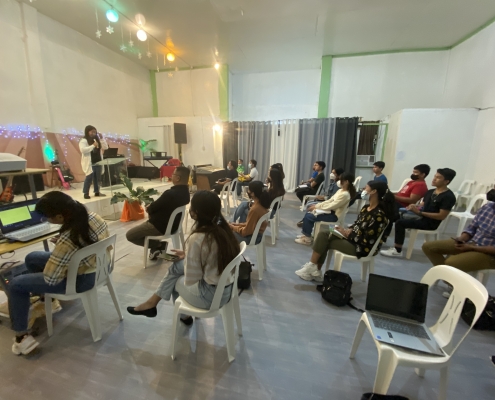 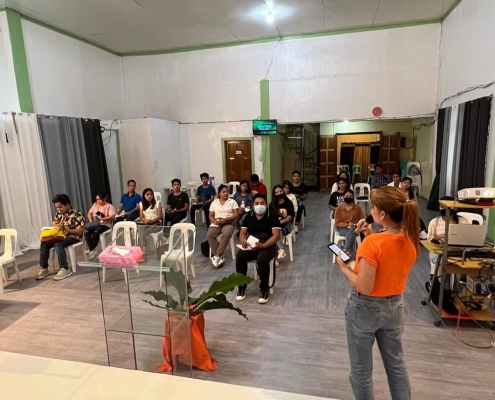 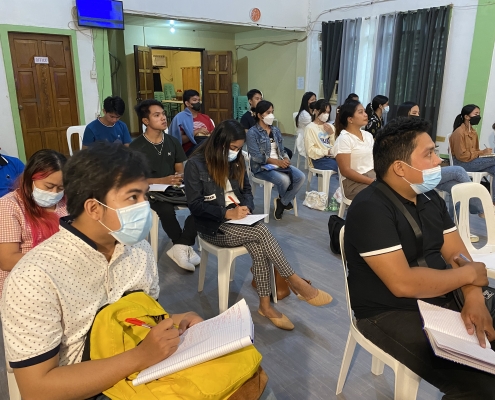 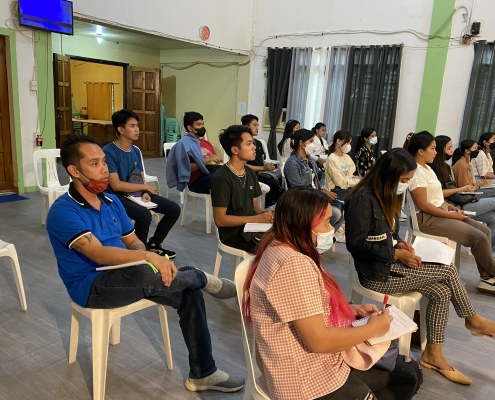