As a promising new year sets in, church leaders of Davao del Norte Section A in Southern Mindanao met for its first Leaders’ Gathering of the year last January 8 at Evangel Family Church-Tagum.

The text was taken from 2 Kings 2:1-11 which narrates Elisha’s feat of receiving double anointing. Pastor Wee defined the word “double”, which means “twice as large, twice as heavy, twice as strong, two-fold in size, two-fold in amount, two-fold in number, two-fold in extent.”

Before he proceeded to his main points, he started with a declaration, “God is going to give your church a double portion!” Amen! The whole church claimed the message as God’s first blessing this year.

How can we get a double potion? Based on Elisha’s account, Pastor Wee gave out three important steps in order to receive a double portion. First, one should find a mentor and become a mentor for others. Our Pastors and leaders, or even Christian friends can be mentors who will teach and guide us in our spiritual walk. On the other hand, we must also find someone to mentor, to lead, and to pour out our spirit to.  “You got to find somebody who is willing to follow you, and you have to be willing to follow somebody,” said Pastor Wee.

As the sermon went further, Pastor Wee mentioned “commitment” as one problem every church experiences this end times. People are hesitant to commit to God. They are afraid of doing the ministry, lazy to encourage and visit, and tired of working for the church. It is frustrating to see that there are very few faithful people, committed members, and dedicated leaders. “I think that was the real message God wanted to tell his people. We should be like Elisha. The reason God is able to pour a double portion into Elisha is because Elisha was fully committed to Elijah!”

The second point in the sermon is to follow the clear instructions of the mentor. Elisha followed Elijah. Following our mentors in Christ leads us into receiving what blessing they may have, even a double portion, as experienced by Elisha.

Finally, we have to take up the mantle. In 2 Kings 2:11-14, Elijah was taken away by chariots of fire, and Elisha picked up the mantle Elijah left behind. It was at this point that he received the double portion of anointing. This emphasizes that we also have to take responsibility. Many of us are asked to do the ministry but we refuse, hesitate, and decline. The only way to receive the anointing is to pick up what is passed on to us by anointed men and women of God.

Indeed, God instructs His church this year, and we pray that in this end times, we will all have that commitment that God wants. May God’s reward for such commitment be double portion! 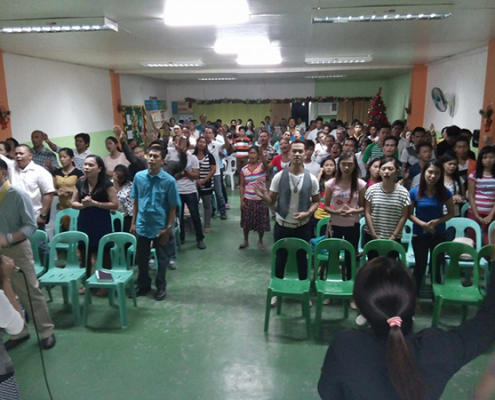 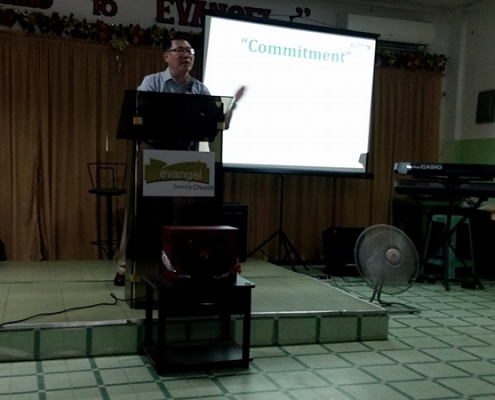 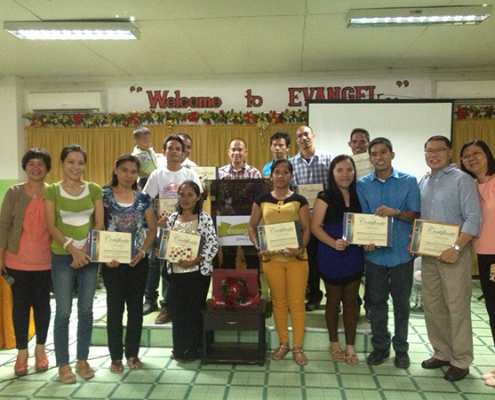