SHOUT JESUS IN THE MOUNTAINS

SHOUT JESUS IN THE MOUNTAINS

Situated at the top of the mountain, in a mining area, Evangel Kidaraan was founded as an outstation church in the year 2007. Where a motorbike trip from Mawab, Davao de Oro, will take at least one hour and twenty minutes.

This outstation church was first handled by Pas. Jun Llenado and his wife, Pas. Jenelyn Llenado. However, a tragic event happened seven years ago. On June 7, 2015, Pas. Jun Llenado had a motor accident that claimed his life, leaving his wife with their two kids. Three years after, Pas. Jenelyn was married to his church leader, Pas. Elias Fernandez, who also graduated from the Bible school training in the Del Norte section. It has been a great adjustment for both sides, but despite the struggles, the church grew under their leadership.

While taking steps to help the church grow, they took the initiative to rebuild the church by creating their own hollow blocks with the help of the members who had voluntarily labored to construct the building. Moreover, they were even able to sell some more of the hollow blocks they made to add funds for the construction. Along the way, God has been a great provider. They were very happy when they received 15,000 pesos from JECPP Southern Mindanao for the roofing. With that, they thank Pastor Wee and Pastor Christine for the financial assistance.

Recently, the EFC Kidaraan church building was dedicated on March 25, 2022, by the Rev. Greg Simpas. Joy and excitement are evident in the eyes of the members as they praise, dance, and cooperate in doing the ministry. Today, Pas. Elias and Pas. Jenelyn, together with their three children, are very joyful about their lives and the calling that they chose to respond to. To God be the glory! 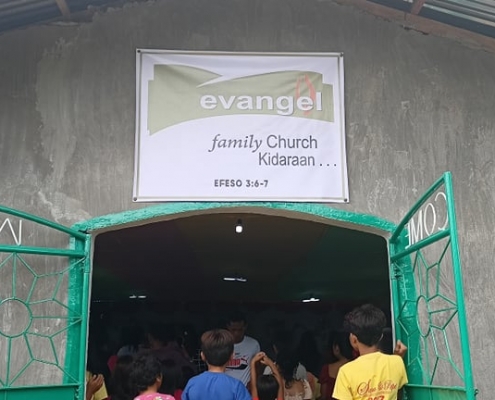 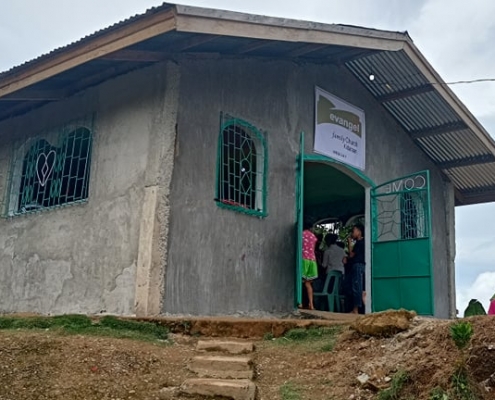 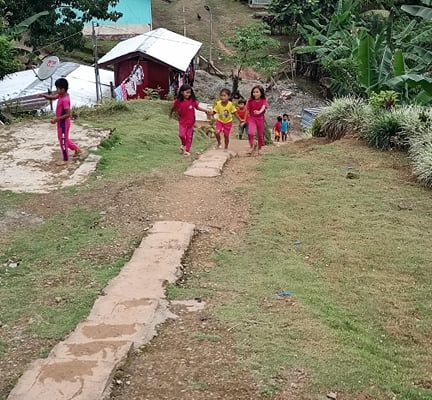 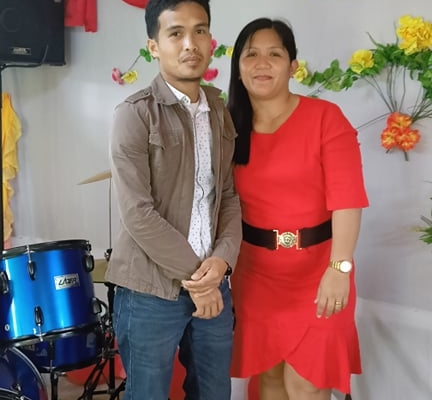 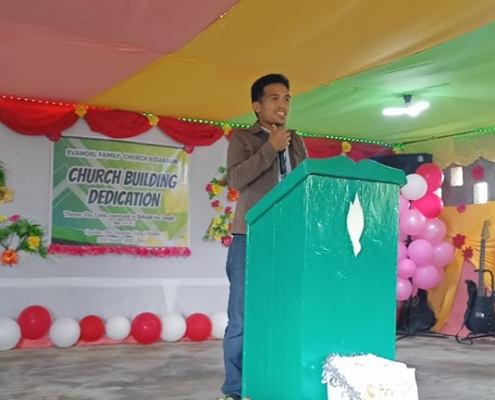 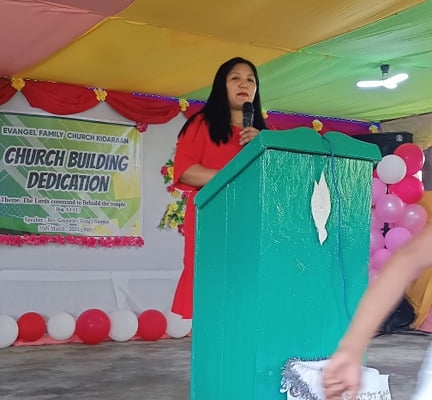 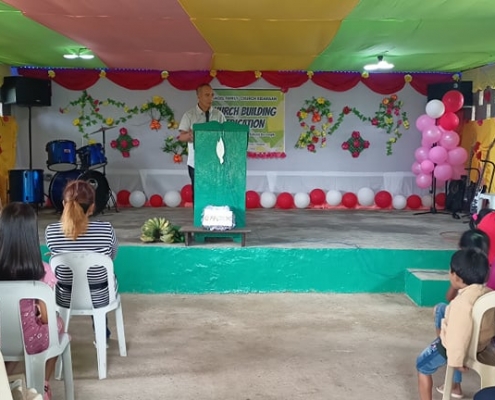 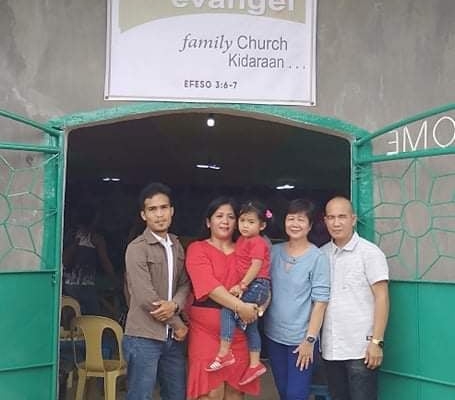 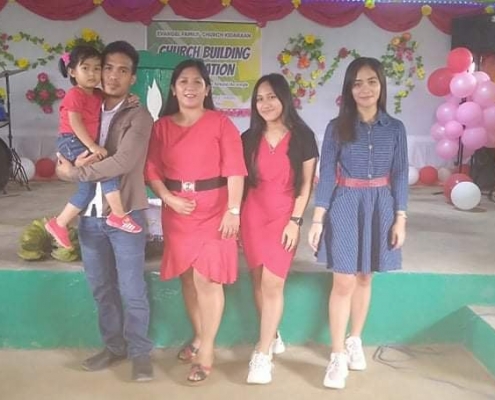 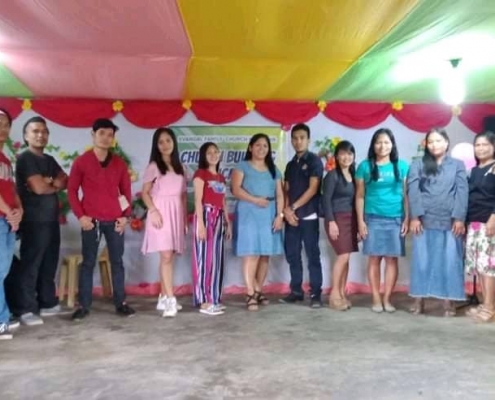 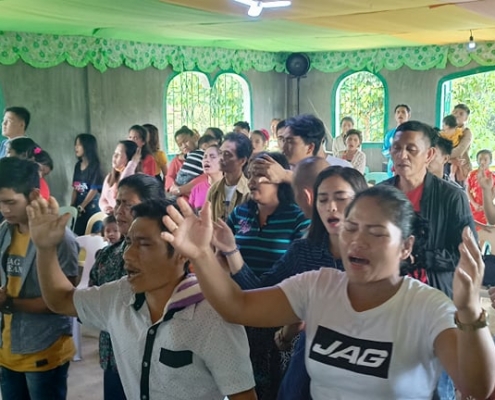 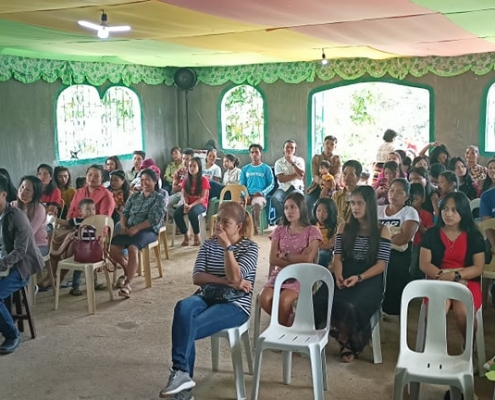 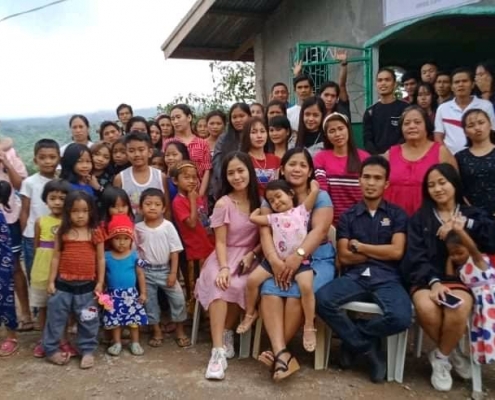