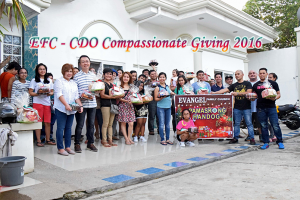 There’s more to Christmas than just sparkling lights and joyful carols. It has always been about the unfathomable love of God towards mankind.  And like a city on a hill, He wants His church to magnify that love to the ends of the earth.

With this in mind, EFC-CDO took the initiative to bless families through compassionate giving last December 24, 2016. Before the clock struck for the midnight noche buena, the church distributed 30 packs of delectable meals for families residing in Camaman-an, Biasong, and Tambo.

EFC-CDO believes that more than a delicious Christmas meal, people need the spiritual nourishment that they can only find in the arms of Jesus. The church also hopes that this loving gesture will open door for the gospel among the people in these places.

At 2 o’clock in the afternoon, the leaders and volunteers gathered at Pastor Jefferson Ouano’s house. Volunteers from the Women’s Ministry and Young Professionals packed the meals.  At 4:00 p.m., preparations were done, and the excited volunteers were ready to be sent off.

The group split into three.  One group, led by Pastor Robert Padinit went to Barangay Camaman-an. Among those they approached was one woman named Susan who was washing clothes at that moment.  They started to sing the carols and wished her a merry Christmas.  To her surprise, it was a peculiar kind of caroling because she was the one who got to receive a gift.  Who doesn’t want a free meal for noche buena? A big smile was carved on her face as the carolers left. Later, the group found out that she had a previous nervous breakdown due to depression from a traumatic family problem.  What a joy to be able to bless her!

Pastor Vic Pacaña led the other team to Biasong.  As they knocked on doors and sang, some tried to give a few coins. The families thought that they were just the usual group of carolers asking for money, but they all felt different with this group; they feel blessed and loved!  The group also gave out toys for the kids.  Moreover, they encountered a woman who said she had a neck pain for quite some time.  She told the group that the pain was overwhelmingly agonizing for her.  Pastor Vic recalled being prompted by the Holy Spirit to pray for her. And so they did.  The woman said she felt better, but Pastor Vic insisted to pray again until they heard her say, “The pain is gone!” The woman was healed in an instant! She could freely move her neck without any discomfort.  What a marvelous display of God’s miracle! 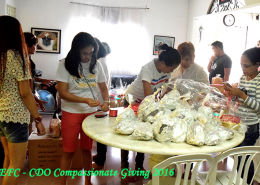 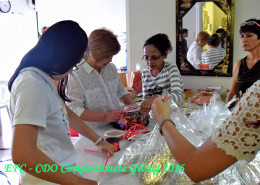 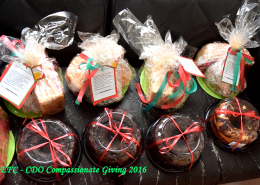 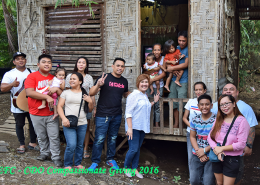 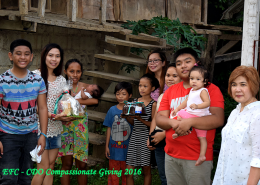 The last group was led by Pastora Rowena and Pastor Andrew in Tambo.  The group was able to touch the lives of the Typhoon Sendong victims. This typhoon devastated the city last 2011.  The families were so grateful for the gifts they received.  Some said that they really don’t have any food on their table for the Christmas Eve until the group came.  They also came across a man sitting on his wheelchair inside his house.  When the group sang the carols, he just smiled.  To his great amazement, a gift was handed to him, and he said, “This is so very unique.  I am really surprised, and it’s my first time to see and experience that the carolers are also the ones giving the gifts! It’s really strange, but I am so happy. This is a wonderful gift for me this year (translated in English).”  When the group was leaving, his child happily ran to him and exclaimed that they already have food for the noche buena!

Some of the recipients’ homes do not even have electricity at all.  Some were just waiting for the Christmas Eve in bleak.  Some felt hopeless and downhearted.  However, the church, being the light and salt of the earth, was able to touch lives that day.

The volunteers realized that in the eyes of our Lord, there is neither rich nor poor, neither sick nor healthy, neither weak nor strong; He loves us just the way we are- sinners. Real joy in this season means accepting his gift to humanity which is eternal life through our Lord Jesus Christ. The church gave them hope through our Lord Jesus Christ who is the real reason for this season. 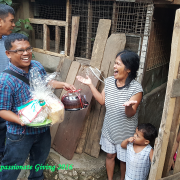 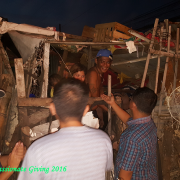 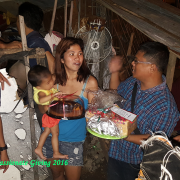 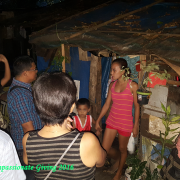 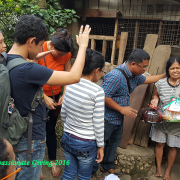 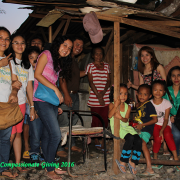 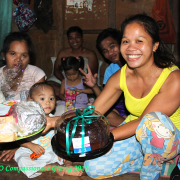 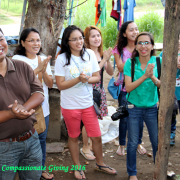 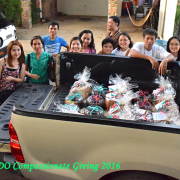 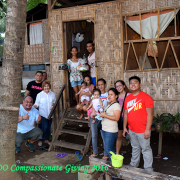 Pastors start the year grateful and refreshed
Scroll to top