In Jeremiah 29:11“For I know the plans I have for you”, declares the Lord. “Plans to prosper you and not to harm you plans to give you hope and a future”.

How did this church start?

Who was behind all the hard work and perseverance?

How did this church become what it is now? 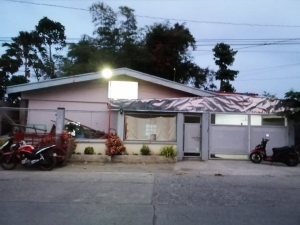 On February 20, 1992, the Lord sent His two missionaries from Ilo-Ilo City, brother Virgilio Fabales and sister Lilibeth Panelo here at Dao Antique, later became Tobias Fornier, as strangers in this foreign land, riding on Love Bus. These two, missionaries of God, took a step of their faith to fulfil His will upon His people at Dao Antique, to have true salvation and a right relationship with Him.

They, like Abraham, came to serve the Lord with nothing but their dedication and faithfulness.

They looked for a sanctuary at Santo Allah’s residence near the marketplace as a rented house, and that became the very first church house, which God gave. They went out to evangelize the next day, preaching the message of God by handing out flyers to random individuals throughout the town. Torn flyers were strewn across the road as they returned home. Many people detested them and told them they would never be able to build a church in this town, as did earlier missionaries because the majority of Daonhons were devout Catholics.

These two missionaries, like young David, were unafraid to face their Goliath challenges and hard-hearted Daonhons. They prayed more earnestly, thinking that God could open people’s hearts and save them. In the midst of, hardships, and insults, they hanged on to God’s boundless might and acknowledged God’s strength as God’s missionaries. They maintained a strong focus on God’s desire for the inhabitants of this town.

First Sunday came and God honored their prayers as five children filled the church house to glorify and honor God with a guitar and tambourine made of bottle caps as the first instruments. During this period, Sis. Lilibeth Panelo was temporarily transferred to Libertad until September 1992. Bro. Benjamin Chavez and Sis. Shiela Sampani. were temporarily assigned here at Dao Antique withthe assistance of Bro. Virgilio Fabales. On September 5, 1992, love united Bro. Virgilio and Sis. Lilibeth as they tied a knot with the blessing of God as husband and wife. They eventually became permanent pastors of this church.

On one Thursday prayer meeting, the landlady shut the door and told the three people who were about to attend that Ptr. Virgilio and Ptr. Lilibeth were not around, so they went home, not knowing they were deceived. Persecuted but not stumbled, the missionaries decided to look for a bigger place and in March 1993 they moved to Pagunsan’s house at Bagumbayan and more souls were saved, 12 to 14 people.

Despite financial scarcity, physical ailment and persecution, Ptr. Virgilio and Ptr. Lilibeth showed more faith and continued serving the Lord, by then, 20 to 24 more people were saved.

In 1995, as they travelled to Singapore, God bestowed a musical keyboard instrument on the church.

On January 10, 1996, a wonderful gift, a source of joy, a baby girl named Krystle Joy Fabales was born. Truly a small bouquet of happiness for the couple and the church.

In November 1996, Ptr. Virgilio and Ptr. Lilibeth were ordained to become reverend in Iloilo Church.

They earnestly prayed and kneeled before God’s presence without ceasing for a new lot and church. Truly, nothing is impossible to God as He honored their prayers. The  Evangel Family  Church Singapore provided the new lot on which the church was built in 1997. During this period, the church sent off missionaries namely, Sis. Rosanica Perano and Bro. Christopher Magbanua.

On February 2, 1997, the first-ever Sunday Service was held in this said church and more souls were added up to 60 members. Even though the church was just half bamboo and half concrete, God’s presence and goodness lingered on His people.

In 1998, Ptr. Virgilio and Ptr Lilibeth were greatly inspired by the seminar “Shake the Nation” held in Mindanao as they were challenged by JECPP Founding Chairman, Rev. Dr.  Robert Lim to build daughter churches. By then, Ptr. Virgilio and Ptr. Lilibeth were able to victoriously established Nuscuban and Igbangcal B churches with the grace of God.

The first Evangel Bible School graduation was held in the same year.

In 1999, the mothers felt so special as the church honored them on Mother’s Day.  And then the spirit of love filled the church during Christmas Party.

In 2000 Anini-y and Barasanan B churches were established.

In 2001, Tagaytay Church was built as the daughter church of Igbangcal B.

In 2002, the church victoriously celebrated its 10th anniversary. It was a celebration of praises and thanksgiving for God’s goodness and faithfulness.

From 2004 to 2007, the church was greatly shaken by the undermining scheme of some members that led others to loosen their trust and faith to serve the Lord. But God made His way and showed His wisdom and discernment as Ptr. Lilibeth  knew their scheme against the church. And God is glorified despite this wave of trials, His power rises above the challenges and can expand His territory as Maybato Church was added as a daughter church.

In 2007, one of their big desires was honored by God for He gifted them with a baby boy, Matthew Brian Fabales.

In 2008 the church building was dedicated. 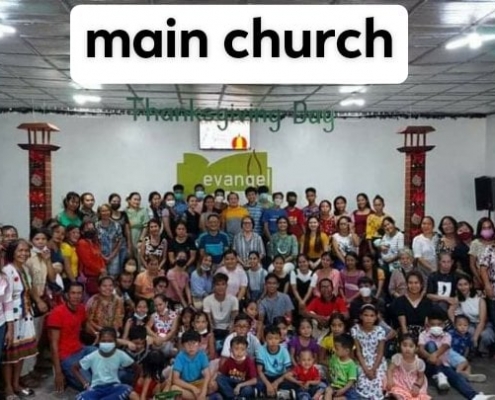 In 2010, God gifted Ptr. Virgilio and Ptr. Lilibeth with another bundle of joy, a pretty baby girl was born with a given name ‘Kate Fabales.’

In 2012, the church celebrated its 20th anniversary with great rejoices unto His name for He is steadfast upon His word for His people.

2017 marked the silver anniversary of the church as God continued to show them His favor, protection, power, strength and spirit above challenges and testing

Despite problems and persecutions, the church continued to grow becoming stronger with grace after grace. In 2019, God provided the church with a drum set. And some other instruments the church needed to augment the church worship.

In 2020 Banawon Church was established and more souls were saved.

Pandemic arose, yet God’s very own special way continued to move to make His name known to people and by that they now have more than 250 members serving and glorifying the Lord with their spiritual parents. Amidst these trying times, His goodness and favor overflowed as He blessed the church with a new 2-storey building parsonage and 2 new toilets. Gradually they were able to renovate and expand the church since more and more people were eager to hear God’s word and be saved.

For 30 years, God had shown His great power and faithfulness upon the church, with the commitment and perseverance of the spiritual parents.

Let us rejoice and be glad for this day testifies to God’s faithfulness in us as He had promised in Jeremiah 29:11.

In the coming years, seasons may change yet God is the same yesterday, today and forever. Let us stand firm and see His faithfulness.

Glory and honored always and forever to Him! 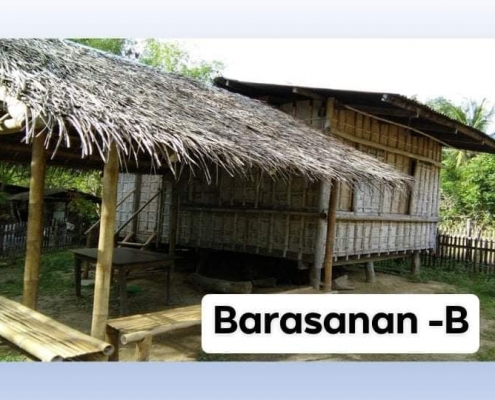 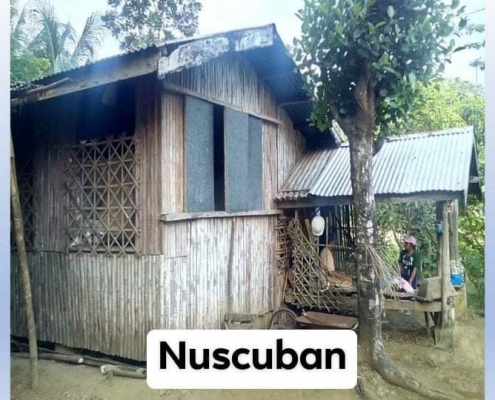 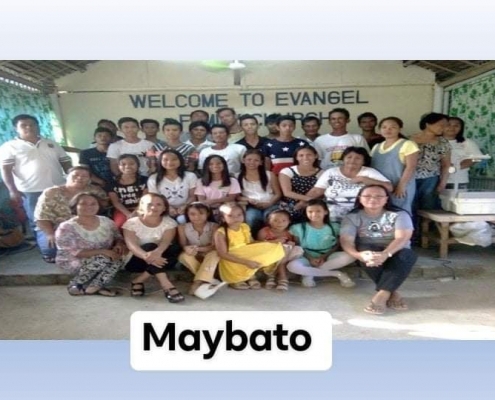 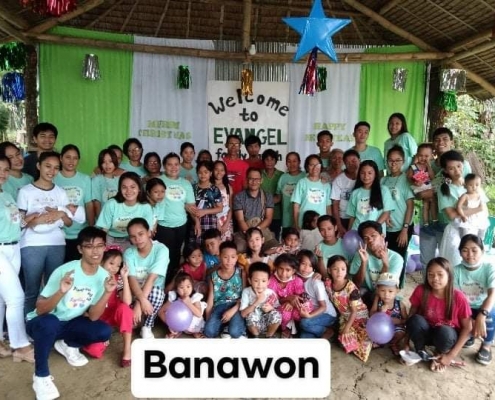