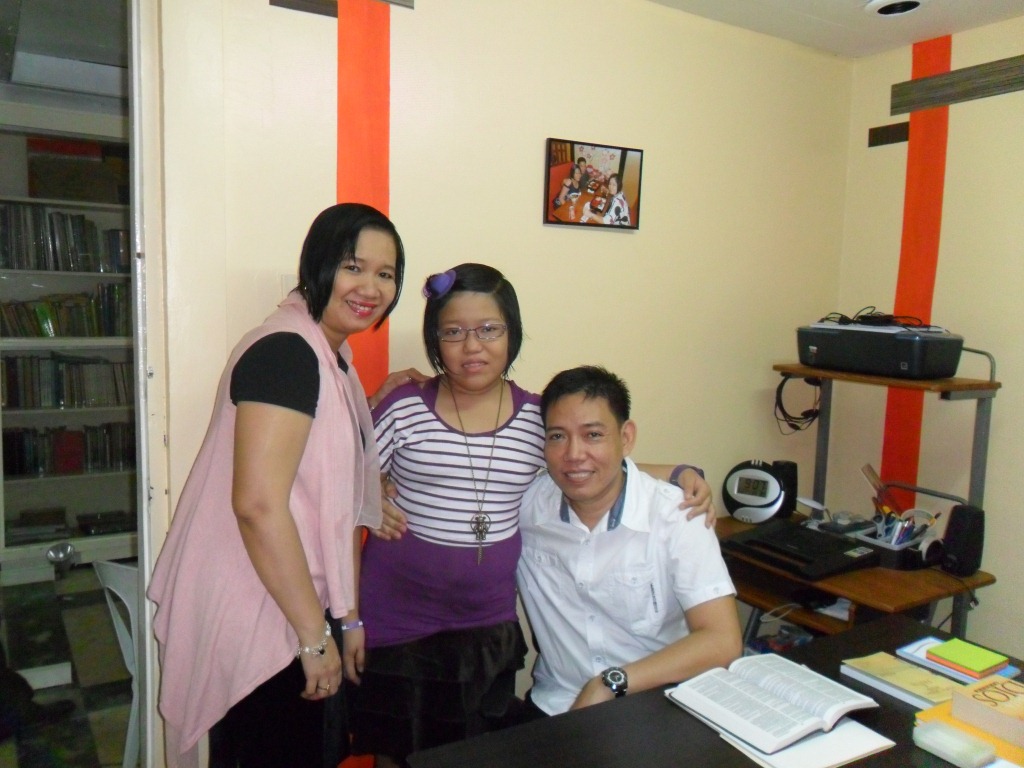 Luzon – the largest island in the Philippines and considered as the 17th largest island in the world is the home of  the country’s capital city and several active volcanoes including Mount Mayon and Taal. It is where the national language was born and where most of the battles took place to regain freedom from foreign control. Luzon, however, was considered one of the “weakest links” of JECPP being far from the regional office which was based in Iloilo City. Nevertheless, there were sporadic churches planted in Luzon; and the taking of a share in the seemingly saturated national capital region has not been openly discussed. After series of events in the year 2012, a decision was reached to start the work in Metropolitan Manila.

Finding a location that would be suitable for a church had been a challenge, knowing that Metro Manila is considered to be the melting pot of different cultures, dialects, religions and economic status. After careful consideration of the different alternatives, God’s direction led to the birth of Evangel Family Church at the northern part of the most populated city in the country – Quezon City.Quezon City is a host to a number of national government offices and structures like Batasang Pambansa, Bureau of Internal Revenue, Land Transportation Office, Social Security System, National Housing Authority and many
others. The nation’s well known universities are also located in this city like the University of the Philippines and Ateneo de Manila University. Television giants like GMA, ABS-CBN, and TV5 are all headquartered also in Quezon City. LRT and MRT networks converge in different strategic locations within the area and prominent landmarks like the Quezon Memorial Circle and the La Mesa Ecopark are placed as well in this city.

EFC-Quezon CityThe initial weeks were spent renovating the place from what the neighbors call a “house of drugs” into a “house of God” being a place of worship and center for missions in Luzon. After almost a month, the transformation was complete and the first service was held on Pentecost Sunday, May 27, 2012 attended by contacts from the nearby Barangays and some believers from different regions in the country who ventured into the city for better work opportunities. Led by Pastor Jessie and Pastor Rachel Yu, this young church still has a lot of tasks ahead and it is not to compete with the mega churches in the metro, but to be relevant, be the light to the community and reach the thousands more who need Jesus in their lives.

On June 28, 2012, the dedication service was held with Rev. Dr. Robert Lim as the guest speaker and all the spiritual leaders giving their support to the occasion. The year was marked with successes and testaments of God’s goodness as His work expanded and now there are
already four (4) cell churches established and being headed by leaders who listened and obeyed God’s call. There were two water baptism activities conducted with many responding to the call of salvation and professing their willingness to be followers of Jesus. Several miracles were already witnessed including healing of the sick, freedom from evil spirits and God’s wondrous provision of the needs of His people.
Aimed at educating the children on God’s word and teaching them the virtues that Christ taught, God’s Mighty Kids was kicked off last year as the children’s ministry wing of the church. Now handled by another volunteer leader, the work keeps on growing as many children come to know Jesus each Sunday.

Being the headquarters for Luzon Missions, the launching of the Bicol work highlighted the heart of the church as it assisted the missions endeavor. Although the giving to the missions fund started only last October 2012, it did not inhibit the church from throwing in financial support that it could give. Likewise, mission fund was emphasized in the town churches of Luzon and a renewed emphasis was birthed and regular planters meeting were scheduled to enhance and strengthen the fellowship of pastors.Another highlight of this year is the first Holy Week Retreat held last March 2013 and joined other Luzon churches in order to commemorate the redeeming work of Christ and remember the purpose of our service to God. With most of the participants being youth, the event became a key to the formation of the Youth on Fire afterwards.

Youth on Fire started April this year to raise up the young generation and build future leaders of the church. God alone knows the challenges and milestones that are yet to be faced by this church but with the acknowledgment that Jesus is the God of this city and the center of this church, we believe in the greater things He will do and the victories still to come.