…And he gave the apostles, the prophets, the evangelists, the shepherds and teachers, to equip the saints for the work of ministry, for building up the body of Christ, until we all attain to the unity of the faith and of the knowledge of the Son of God, to mature manhood, to the measure of the stature of the fullness of Christ, so that we may no longer be children, tossed to and fro by the waves and carried about by every wind of doctrine, by human cunning, by craftiness in deceitful schemes. Rather, speaking the truth in love, we are to grow up in every way into him who is the head, into Christ …  Ephesians 4:11-16 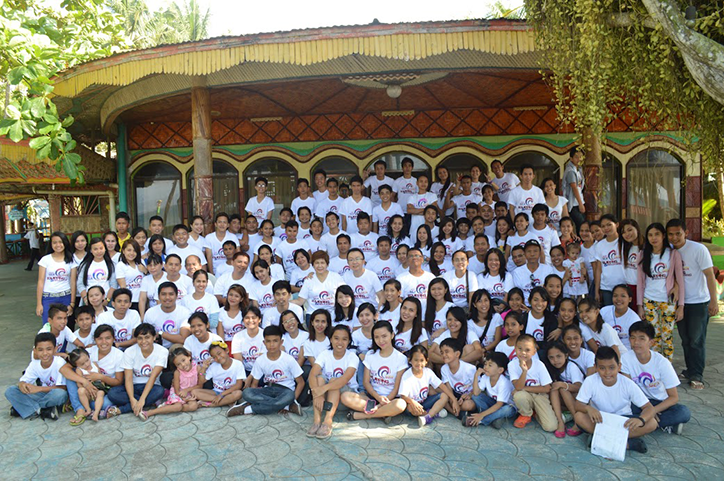 The four-day and three-night conference was full-packed with encouraging sermons from pastors and fun-filled activities that showcased God-given talents of young people: singing, playing instruments, narrating and acting. Noticeable also in this year’s camp was the increased number of younger participants.

The event started on March 30, 2015 with the arrival of the participants, an orientation and groupings of youth for the activities. The event was opened with a praise and worship jam in the evening and a heart-warming message of encouragement by Rev. Andrew Kwong. In his message, he reminded all young people to remember the source of eternal life. He said, “To whom shall we go? You [Lord] have the words of eternal life”.

“A biblical foundation must be built in the lives and hearts of the next generation. They must be fully equipped in doing God’s work. ” With this message from Pastor Andrew, he capped the day and set the course of the entire event!

The second day of the camp started exceedingly great when Pastora Lourdes Ello, from EFC Malaybalay, shared an eye-opening devotional. After breakfast, the morning service began with a praise and worship lead by Lala team followed by a message from Pastor Vic Pacana of EFC Cagayan de Oro. Camper Paul John Cornel of EFC Lala  was the one leading the worship team. At his very young age, God enabled Him to do his ministries.  Though he was very young, he took the responsibility in leading the praise and worship.  What a great joy to see young ones willing to be trained and be used mightily by God.

The highlight of the day was the Battle of the Bands in the afternoon where praise and worship teams from the different sections, Lala, Malaybalay, Naawan, Manticao, and Balingasag, gave out songs that brought people to an experience of anointed praise and worship.

In the afternoon of the second day, all teams prepared for the competition.  Here they would be able to express their talents and abilities in singing and playing music. Through this, each team would be able to encourage and challenge others to give their best in whatever things God has entrusted on them.  As the first team began to play, I noticed how expressive they were in singing their songs to God. They had given their very best; a magnanimous heart was evident as they worshipped through music. Others, as they waited for their turn, were also motivated. In this event, Pastor Rowena Kwong introduced Bro. Jefferson Ouano as the sole judge for the competition.  He was also giving feedbacks, recommendations and commends every team that performed.  All of them had distinct ways of playing their songs; all were commendable. To God be the glory! Among the teams who participated, Naawan won the Battle of the Bands.

I remembered last year that it was Pastor Andrew Kwong who proposed this Battle of the Band for all the outstation churches. We were all enthused with the idea that through this, we would grow, challenge, help, and polish one another’s music skills. 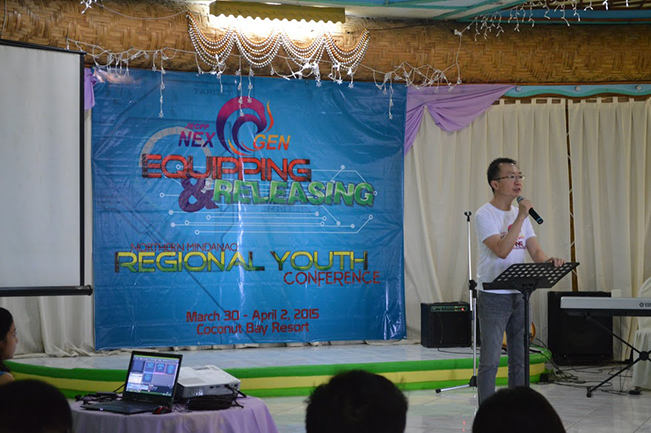 After which we proceeded to the evening service.  Before the preaching of the Word, an hour was spent for prayer asking the power of the Holy Spirit and anointing of God throughout the service.  It helped us to be prepared spiritually.  Pastor Andrew Kwong shared about “Seeing the Unseen God”.  It was Moses’ faith that prodded him to leave Egypt, not fearing the king’s anger, and he persevered because he saw him who is invisible (Hebrews 11:27). On one hand, he fled to save his life, but it was not because he feared the anger of the king. Rather, he fled in surrender to God’s timing. He was waiting when exactly God would deliver Israel. That long, discouraging wait was possible only because Moses saw the unseen God. I believe that God can do the same to all the young people in this conference. May they learn to believe in God and choose to stand firmly in His side though they cannot see Him.

When the evening service was over, everyone was busy meeting together for their practices. They carefully planned and put all their efforts to come up with the best presentation for the next day.  It was a great time of fellowship and bonding.  It gave me a joyful heart to see them sacrificing and devoting their time at night to practice and work things out in their groups.  It was a place and time of encouragement, mentoring and understanding one another in spite of many differences.  Praise be to God for His abounding grace to them. 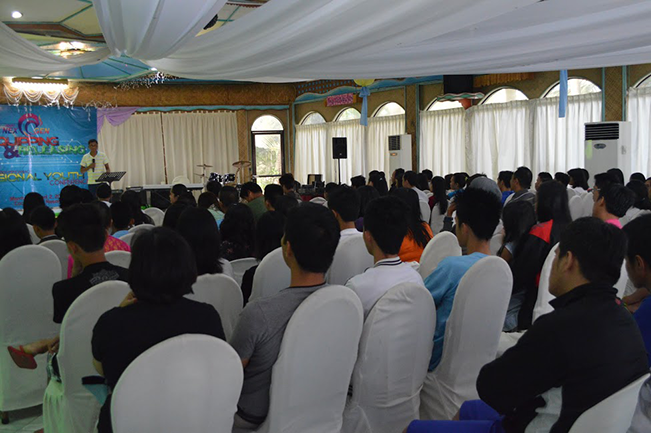 On the morning devotion of the third day, young people were all alive as Pastor Reynaldo Cornel of EFC Lala shared the message of being bold and unashamed of the gospel. The morning service started with a Cebuano praise and worship led by EFC Balingasag team followed by a message “Serve like Jesus” by Pastor Robert Padinit of EFC Cagayan de Oro.

Then came the most awaited part of the day; the room exploded into a big cheer as five groups showcased their acting skills and teamwork in the drama and cheering competitions. Teams Ephesians and Corinthians won the competition.

The evening service was also a blast with a jam-packed praise and worship led by CDO praise and worship team. The event was closed with a message “Dare to Be Different” by Pastor Andrew Kwong. He exemplified the life of Daniel and other three men as they stood out for the Lord, did what was right, and trusted God for the results, no matter what. In this case, God caused Daniel to excel than all the other youths.

Those words are remarkably insightful specifically spoken for the young people to take a leap of faith and be courageous in doing God’s will.  With willing and humble hearts, we have responded to the Word of God.  God graciously poured out His Holy Spirit to the congregation. As shared by Pastor Andrew Kwong, the lives of these men are worth emulating. Once more, the young people were challenged to do likewise.

The night ended with great assurance of hope. Many questions were answered. Doubts that clouded our minds were cleared, and the Holy Spirit moved in our midst.

The last day was spent for swimming, picture-taking, eating and fellowships allowing young people from different section to mingle and bond with their teammates and new friends to share experiences that would surely inspire them to serve the Lord enthusiastically.  This years’ youth conference played a vital role in strengthening and equipping the faith of the next generation. As they travelled home, they brought with them a touch of the Holy Spirit, the fun experiences, and encouraging messages that prepared them to be released in God’s work in their various places.

God made many wonderful things and revelations during the camp.  It was a remarkably successful and anointed youth conference.  All of the young people and outstation church Pastors were really grateful for this experience and for the vision that JECPP imparted to us.

The challenge did not end in the conference. We now have a journey set before for us.  We are now equipped, and we will never be afraid because God will always provide the skills, ability, direction and resources we need to carry out His will.

We are already looking forward to next year’s camp!

Equipping and releasing the NexGen in Luzon
Scroll to top