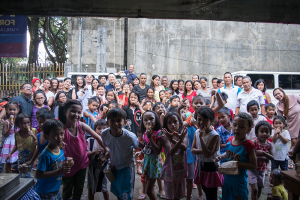 On Christmas eve of 2012, EFC-CDO blessed its neighboring community with grocery packs to show the love of Jesus for them. One of the places God led them to visit was a barangay named Little Tondo, Nazareth, which is located right in the heart of Cagayan de Oro City.

Most residents in this area settled in houses without adequate infrastructure, proper sanitation, safe water & electricity supply, and other basic necessities. Furthermore, their living conditions affected their disposition in life. Many felt neglected and lost as they were severely poverty stricken.

The church was moved to see their circumstance and started reaching out to the residents through feeding, visitation and bible study. However, the visitation team faced challenges along the way as residents in this area were under vices and compromising activities that hindered them in their walk with the Lord.

Nevertheless, God’s grace is greater than our weaknesses. He relentlessly pursued the people in this community to go back to Him. On one occasion, while EFC-CDO gave grocery packs to this neighborhood once again, it was raining very hard but instead of going home and re-schedule the event, they continued on giving and reaching out to the residents even if they were soaked in water. The sincerity touched the hearts of the residents greatly that they open up their houses for the team to take shelter. They realized that God did not forsake them even when there were times that they were stubborn and backsliding.

EFC-CDO immediately took this opportunity to minister to them at once. They gathered the kids and adults alike and agreed to meet every Sunday for a bible study which by the grace of God continued to grow and became an outstation church at present.

The first attendees were only few, composed of mothers and their children but after a year, the fathers joined in and became faithful to God as well. One father testified that God helped him get rid of his vices. Another lady testified how God blessed her in her business when she started giving her tithes and offering to the Lord. God is faithful and is moving in signs and wonders in their midst. 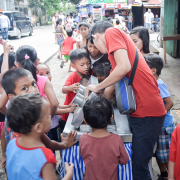 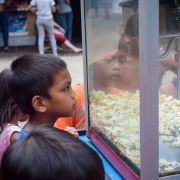 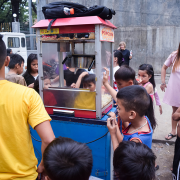 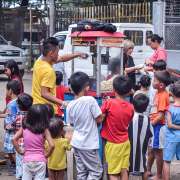 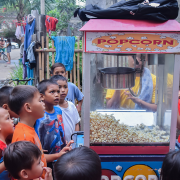 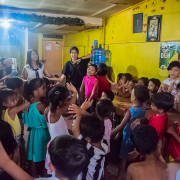 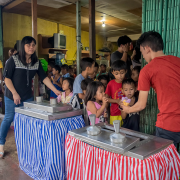 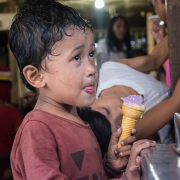 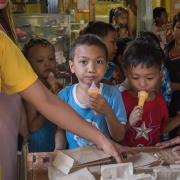 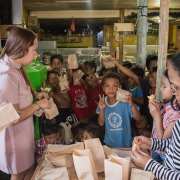 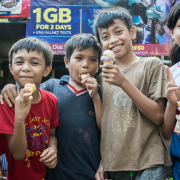 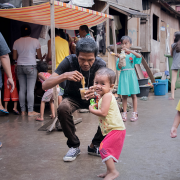 As the worship service happened in this community, simultaneously children who were playing on the streets were also gathered by the Sunday School Teachers for Bible Stories and Christian Education. At present, there are more than 50 kids who regularly attend the kids’ service every Sunday. These children would even wait for the teachers and ran to meet them excitedly the soonest they see the team’s vehicle. What a mighty God we serve!

On December 24, 2017, EFC – Little Tondo held their first anniversary as a church and to mark this joyous occasion they organized a feeding program and Christmas party in their own community. Despite the recent devastation that Typhon Vinta caused them, members of EFC-Little Tondo invited their neighbors to the said event. Pastors Dale & Chui of EFC-Singapore excitedly sponsored the feeding and gift giving program through Evangel’s Peace on Earth, Goodwill to Man Offering to help the poor and needy. The residents were overwhelmed with the love given by the body of believers. Another wave of giving was done on January 28, 2018. Where 27 EFC families received a bundle of rice and grocery items.

Little Tondo was once a deserted neighborhood. When God’s living water flowed in through little gestures of kindness, one would never know how it opens the doors that lead to a great harvest of souls. 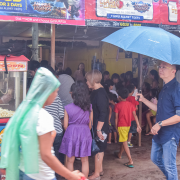 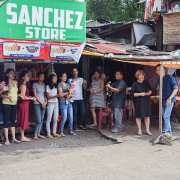 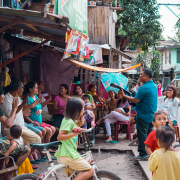 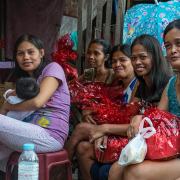 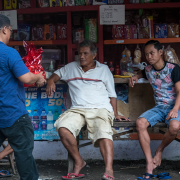 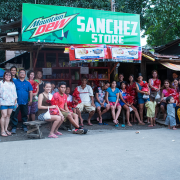 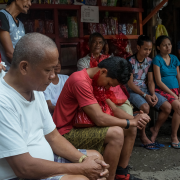