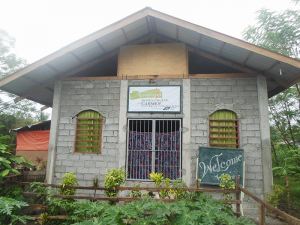 After almost eight months of building, the nearly completed building of Evangel Family Church-Carmen was dedicated to the Lord last June 19, 2016 by Regional Director for Southern Mindanao, Rev. Peter Wee. Church members together with the members of their four cell churches rejoiced with Pastor Evelyn Calamba and Pastor Mabel Miraflor.

The two Pastors recalled that the vision which started five years ago was just to acquire a church lot first. They shared their vision to the members who cheerfully supported by starting a building fund in March 2015. God heard their prayers. Last July 3, 2015, the deed of donation for the 180 square meter lot situated in Purok 12 Ising Carmen was presented to them by donor Sis. Genevieve G. Sodicta, daughter of their member Sis. Remedios Sodicta. Since then, they started to pray for the building to come to pass. With their leap of faith, these Pastors continued to challenge their members, and God kept the blessings flowing.

With the support of EFC-Davao, Inc. Pastors Peter and Christine Wee, JECPP Southern Mindanao Region beefed up their building fund, and along with the generous giving of JECPP Founding Chair Rev. Dr. Robert Lim, the church building’s construction commenced last November 2015. Volunteers from Evangel Davao and Tagum came to help in the cement construction.

During the dedication service, Pastor Wee reminded the congregation that Jesus Christ is the true builder and owner of the church, and the gates of hell will not prevail against it. He further challenged them to take part in building by bringing in souls to the kingdom of God, supporting the Pastors, giving of tithes and attending bible study groups. He concluded by saying that the best place in this planet is the church where we can preach the Gospel of our Lord Jesus for others to know that they are loved and can be blessed by God.

Overwhelmed with so much favor and blessing, Pastors Evelyn and Mabel could not contain the joy in their hearts. They expressed their gratefulness to everyone who has contributed to the fulfillment of the vision. In addition to the new building, four wall fans, 50 plastic chairs, a laptop, an LCD projector and a projection screen was given for the church’s use through the initiative of Pastors Peter & Christine Wee.

God saw the faith of these two Pastors who took a step of saving up, and He used different conduits where His blessings can be channeled. It was indeed a day of victory and rejoicing! Members and visitors enjoyed the sumptuous dinner after the service. 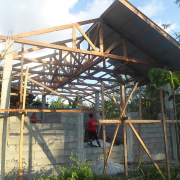 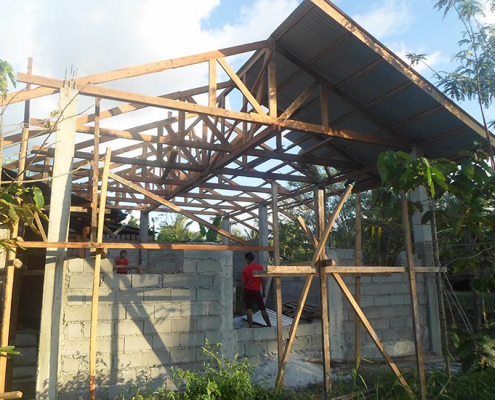 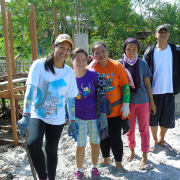 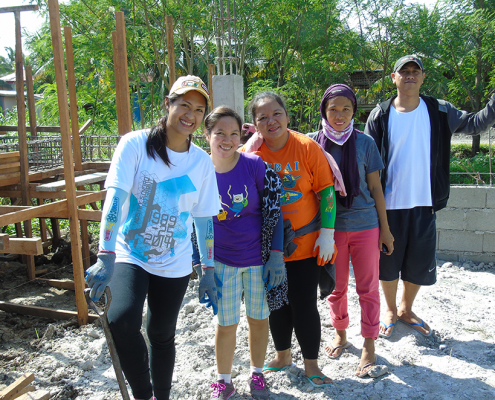 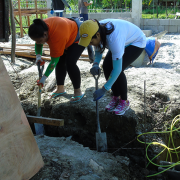 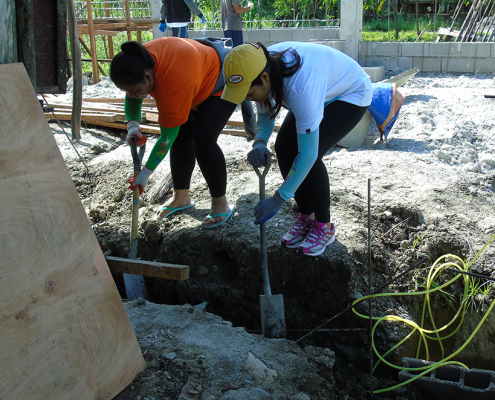 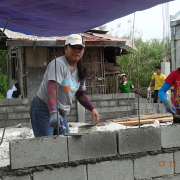 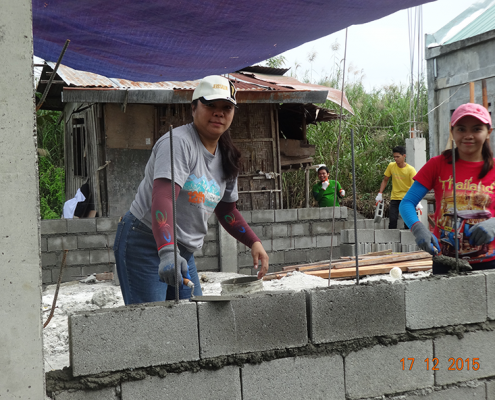 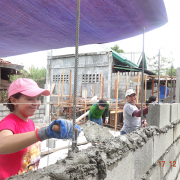 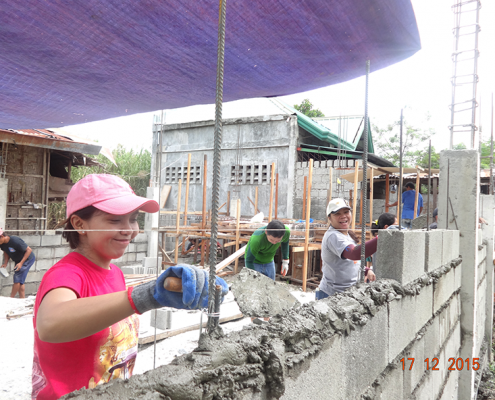 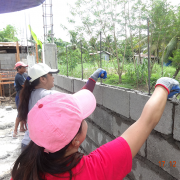 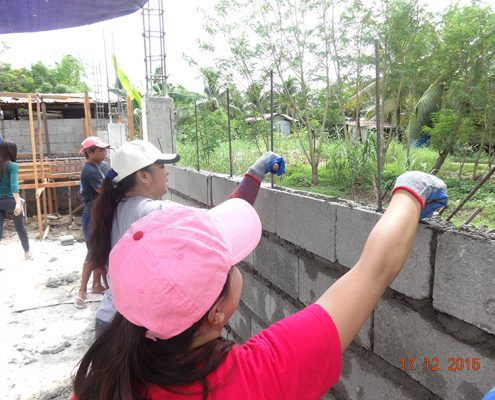 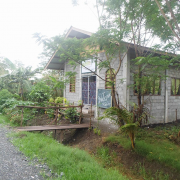 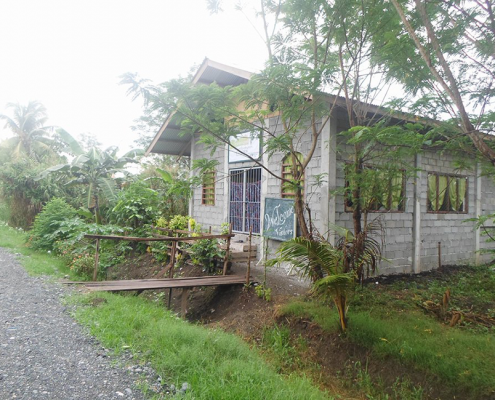 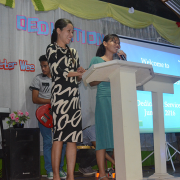 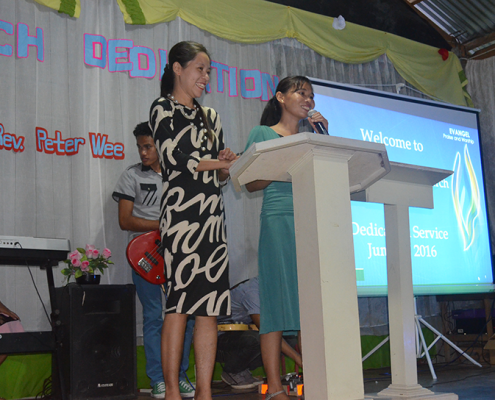 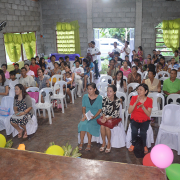 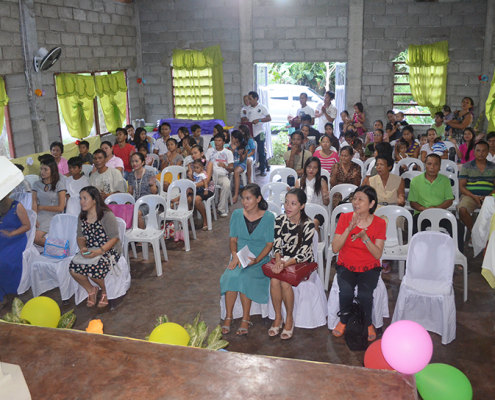 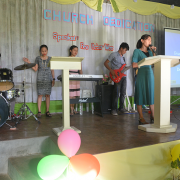 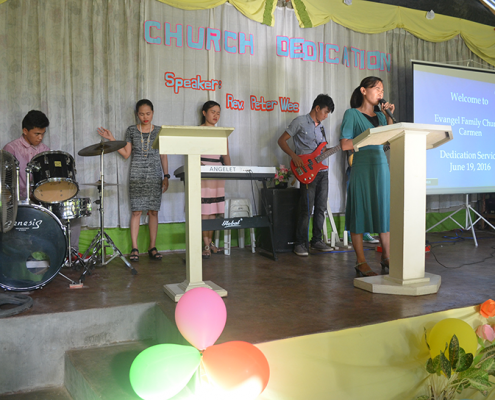 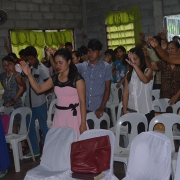 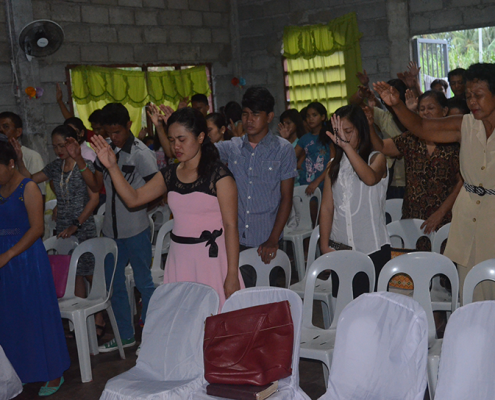 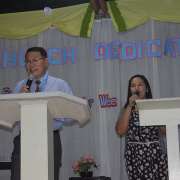 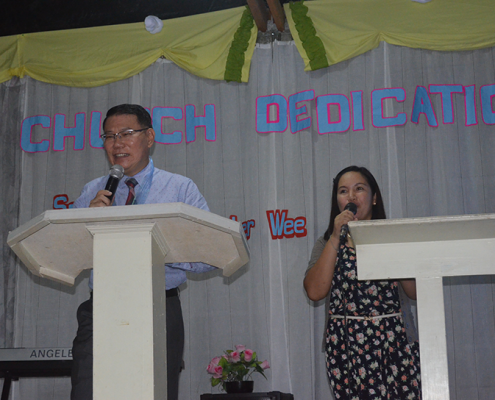 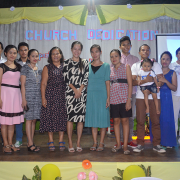 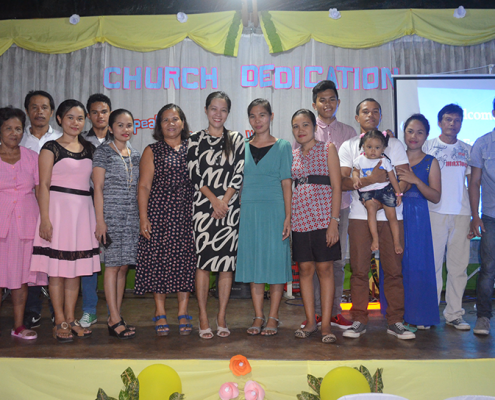 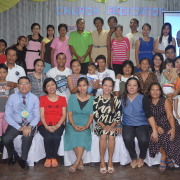 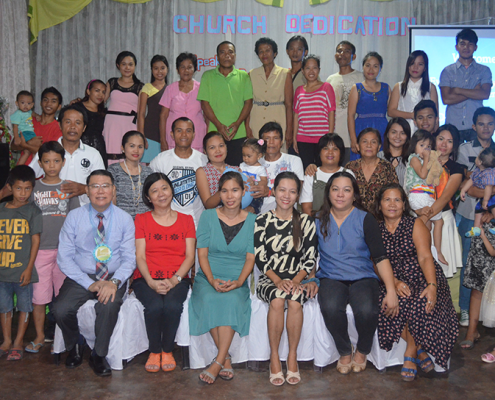