The number 12 is prominent in the Bible.  The Old Testament states there were 12 sons of Jacob and those 12 sons formed the 12 tribes of Israel.  The New Testament tells us that Jesus had 12 apostles. For this reason, EFC- Batangas’ 12th year Anniversary Celebration was a significant event.

On December 9, 2018 members of EFC- Batangas assembled for a special day of  thanksgiving.  For more than two decades God’s steadfast love and faithfulness are apparent in this church.  During the occasion, they reminisce the past with smiles on their faces, they encouraged one another to trust God for the present and look forward to the bright future God prepared for them.

He shared that the real battle that the Christians face are the battles in the mind.  According to him, in order to win this battle we have to train our minds not give in to negative thoughts. He talked about the true to life book story entitled “The Lone Survivor”  written by Marcus  Luttrell.  It was about a battle that took place in Afghanistan in 2006 which was considered the deadliest time in the history of navy seals. Depicted in the book was the hard training of the navy seals, where they were subject to painful undertakings and endured physical, mental and emotional torture.  They were tried day in and day out not just physically but more so on their mind and will power. They were indoctrinated to eliminate in their mind the quit option and only those who never gave up survived.

Ptr. Tony used the story to encourage everyone not to grow weary in serving God and to keep up the fight of faith He concluded with a Bible verse found in Hebrew 10:39 “But we do not belong to those who shrink back and are destroyed, but to those who have faith and are saved.”

The presence of God filled the place. The brethren responded to the altar call to answer the call of God in their lives. They were weeping, praising and surrendering their lives to God. One of the most wonderful sight are the invited guests who accepted Jesus as their Lord and Savior.

EFC-Batangas is elated to be a channel of God’s love and compassion for 12 years and is dedicated to serve the Body of Christ until Jesus’ return.  They are hopeful to reach greater heights in the coming years. 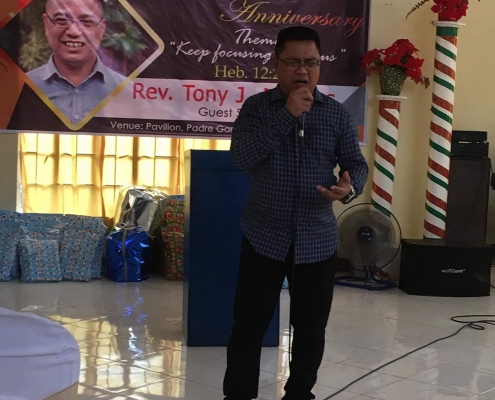 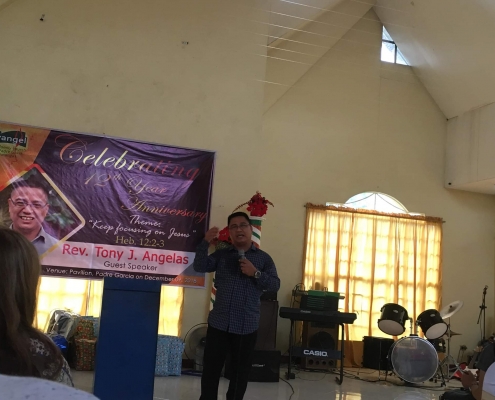 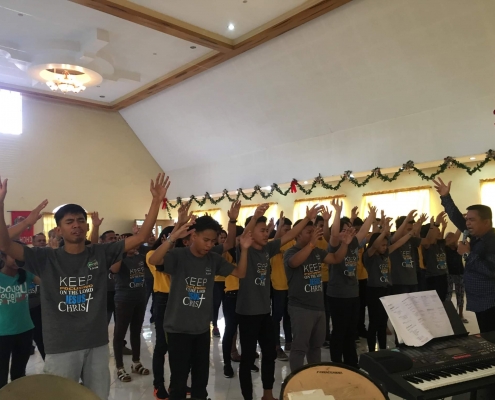 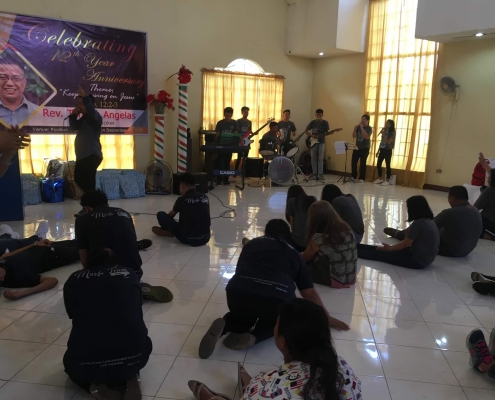 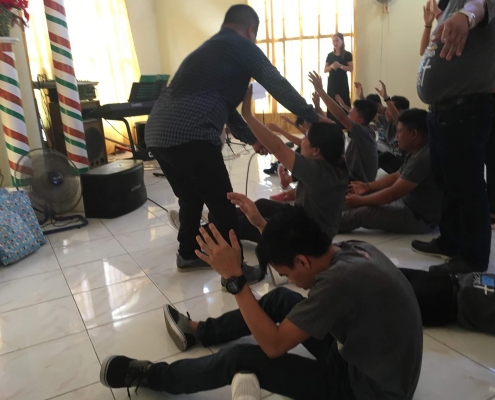 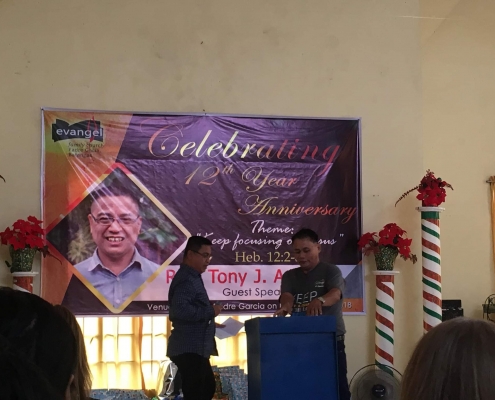 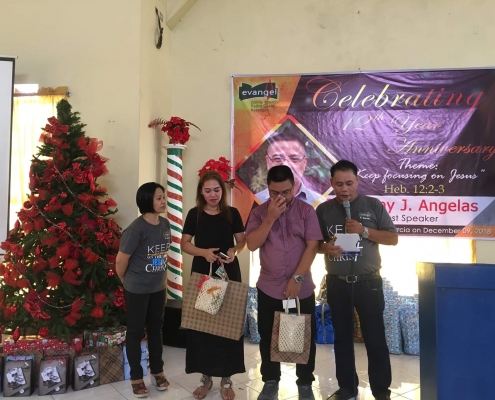 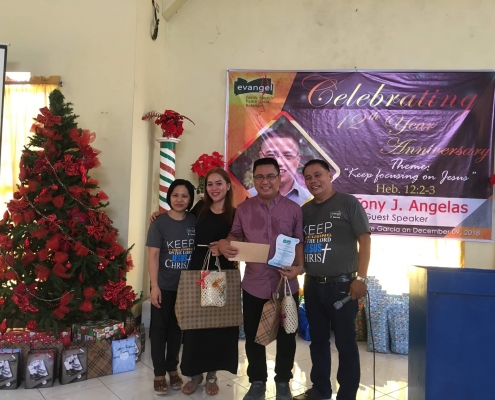 Series of Christmas Celebrations Conducted in FTM
Scroll to top