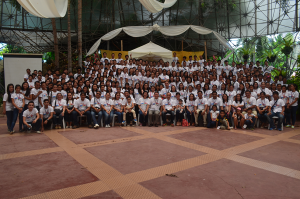 Today’s generation is packed with the enticement of the world which depreciated the moral values and spiritual awakening of the youth.  Young people are hooked with the technologies that are trending in our present environment.  These vanities include being addicted to K-pops, Soap Operas, Social Media and Computer Games.  These pleasures have drawn them away from what is more valuable – to worship God and glorify His name above all.  There are less young people today who soak themselves in Bible reading, prayer and sharing the gospel toward the lost because the enemy is working hard to allure them with what the world can offer.

“Restore” was the theme of the Fourth NexGen Southern Mindanao Youth Conference.  Young people, leaders and pastors from Southern Mindanao Region, gathered together at Mergrande Ocean Resort, Dumoy, Davao City on April 12 – 15, 2017.  The theme was very timely for the young people who want a genuine revival in their passion for God.  More than two hundred participants from Davao City, Davao del Sur, Davao del Norte, Davao Oriental, SOCSKSARGEN, and Tribal Sections came together and was so far, the most attended camp for Southern Mindanao Region.

On the first night,  Rev. Greg Simpas shared about  “ Repentance That Brings Restoration “.  He said that repentance means changing your thinking and your ways.  Restoration means the repair, renewal, and building of something its original form or structure.  Young people are challenged to repent on their ways that lead them away from Christ.  Further, Pastor Greg emphasized that God wants to restore the revelation, holiness, power and the outpouring of the Holy Spirit in the lives of the young people today.

The second night was filled with excitement as the participants were getting refreshed and revived.  Rev. Tony Angelias shared about “ Embracing Your Destiny “.  He shared about the life of Joseph as a good example for every young people to ponder.  God had a wonderful plan for all of us; all we need to do is to follow the process like Joseph.  He found favor in God’s eyes by giving him a favorable destiny ahead like every one of us too despite the suffering he had experienced.   Joseph experienced being hated by his brothers,  put in the pit, became a slave and suffered in prison.  But Joseph was continually faithful in the Lord despite these all.  He never lacked in zeal, and eventually God promoted him and became one of the most powerful persons in Egypt.

On the last night Rev. Peter Wee powerfully shared “ The Water And The Wilderness.  He quoted Jesus being baptized in the water and immediately the Spirit lead him to the wilderness.  While Jesus was on the water, the heavens opened up and the whole Trinity witnessed and celebrated Jesus baptism.  The baptism of Jesus speaks to me personally that “ I am loved, I am a child of God, and He is pleased with me”.  After Jesus’s baptism, immediately the Spirit lead Him into the wilderness to be tempted by the enemy.  Jesus became victorious against Satan’s schemes by being firm in God’s word.  Indeed, the young people were challenged that the youth conference is a “water” where they experienced joy in God’s presence and going home is like a “wilderness”, a test in their faithfulness to the Lord.

The messages from the morning sessions also stirred the heart of every young people.   The speakers were Pastor Jane Polino, Pastor Patricio Margate, Pastor Liza Angelias and Pastor Renante Miguel.

The Mergrande Swimming Pool became the Jordan River for more than fifteen young people who made a decision to follow Christ in Water Baptism.  Basketball for the boys during free time and Zumba for the girls were added in the schedule to give additional highlights for the camp. 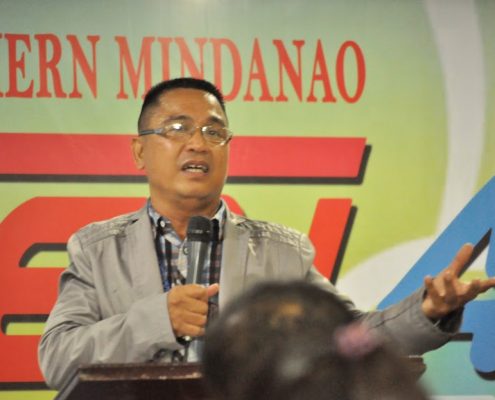 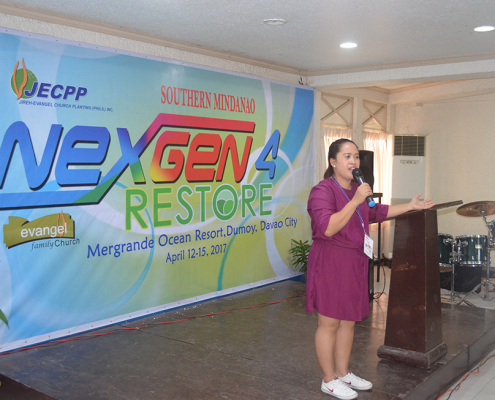 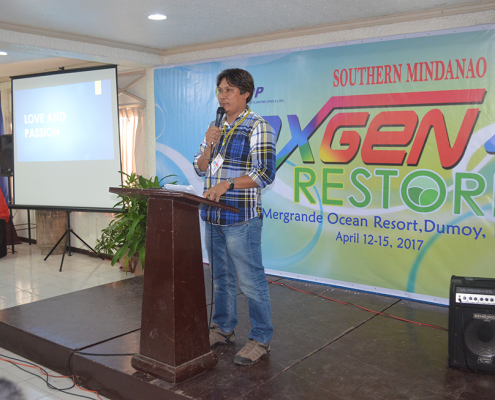 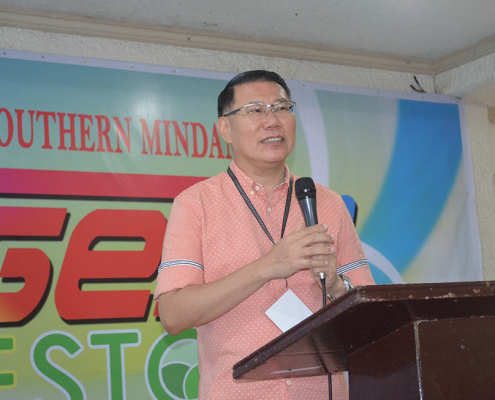 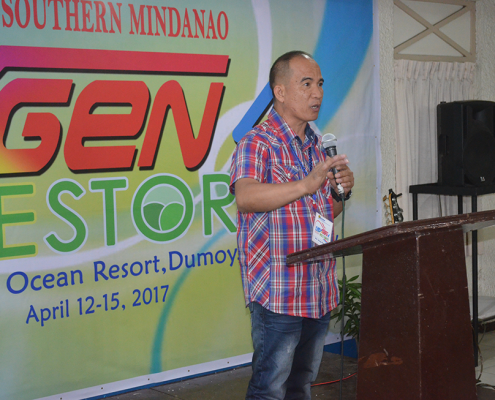 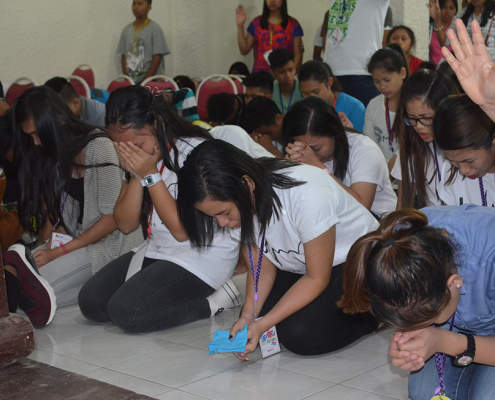 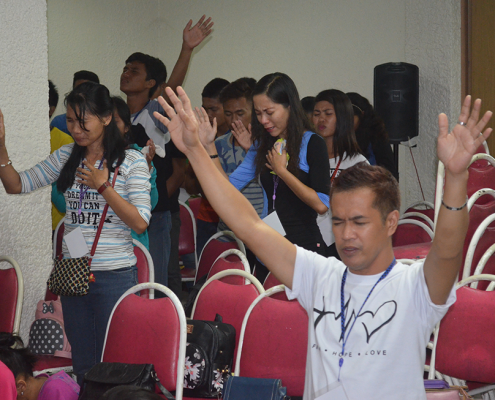 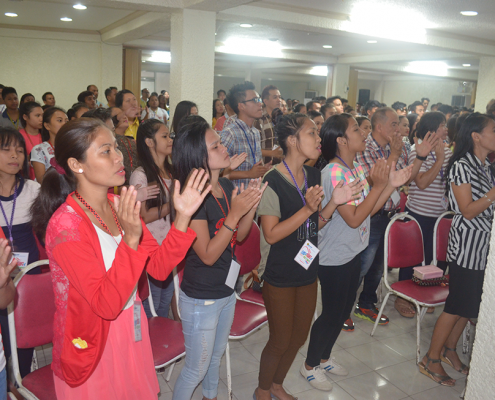 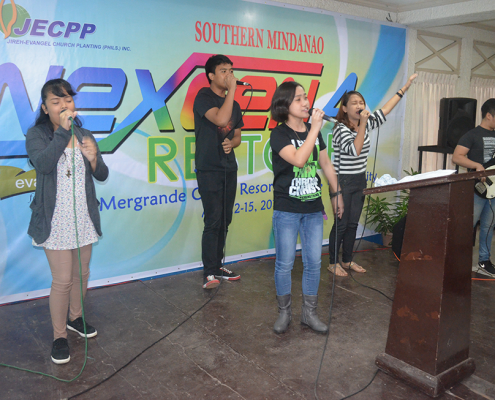 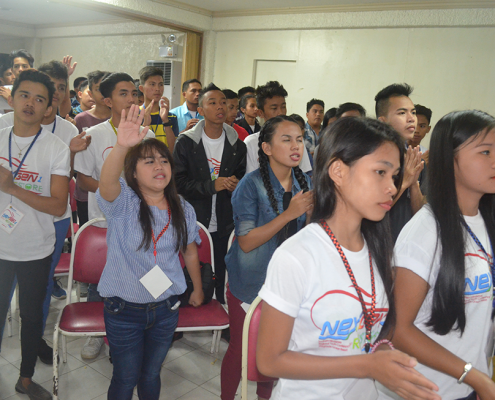 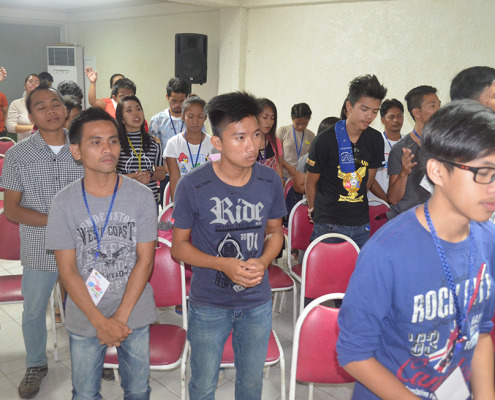 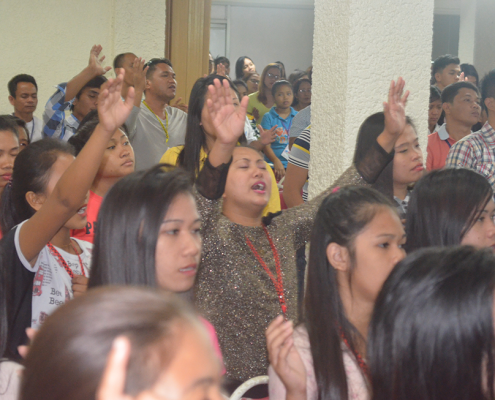 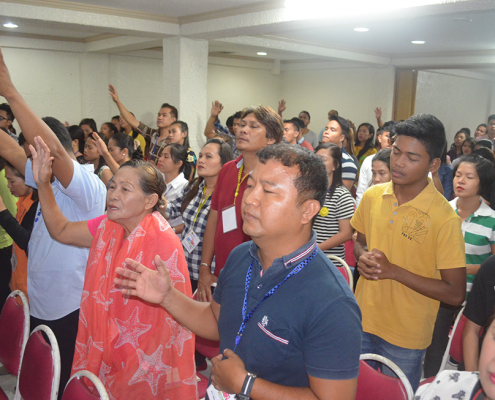 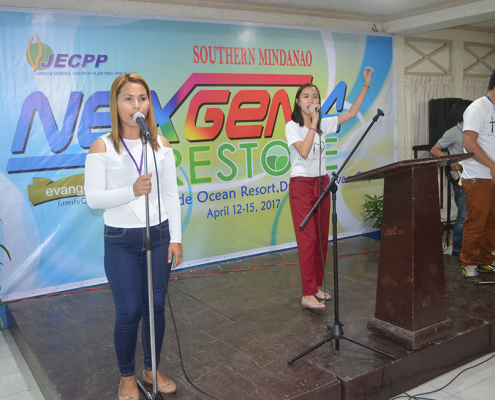 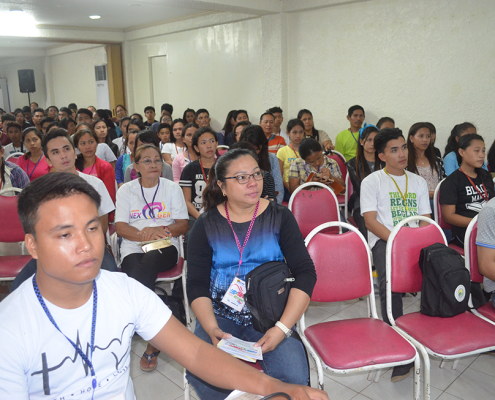 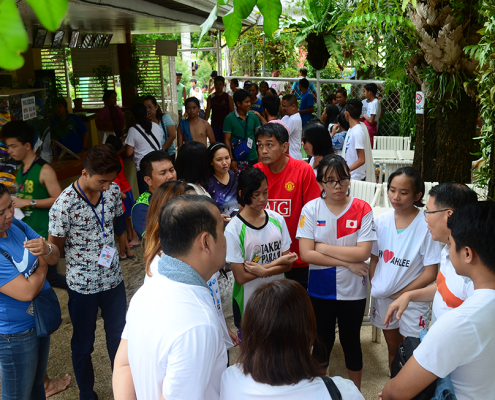 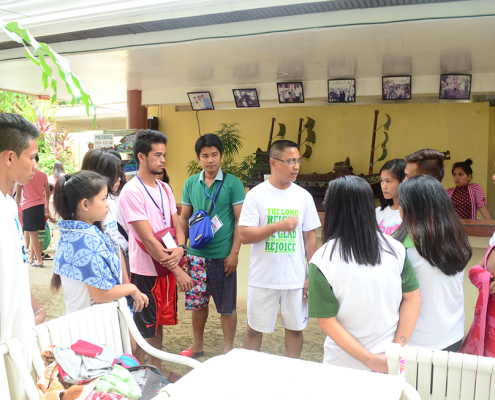 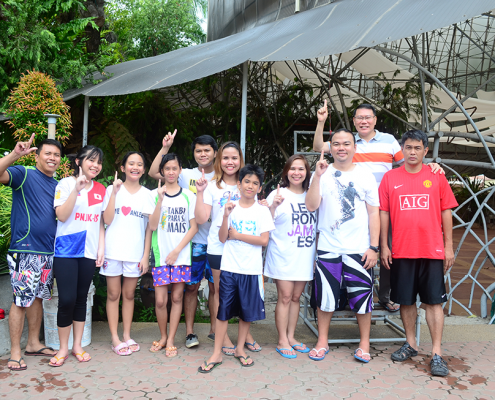 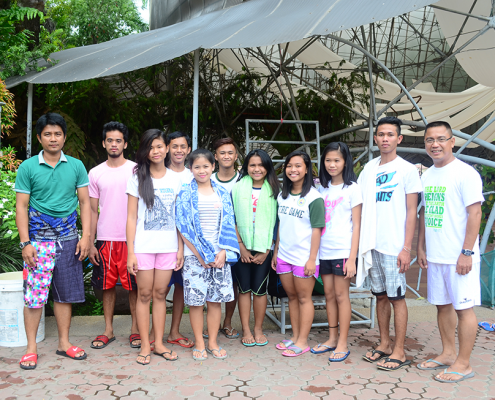 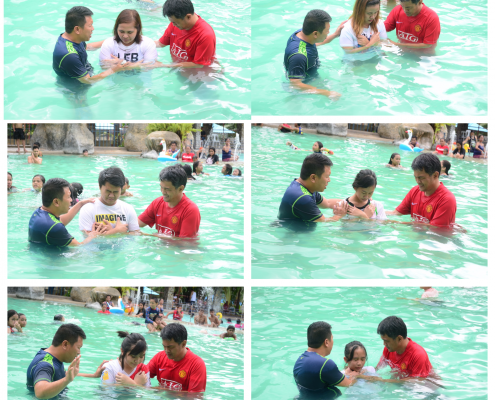 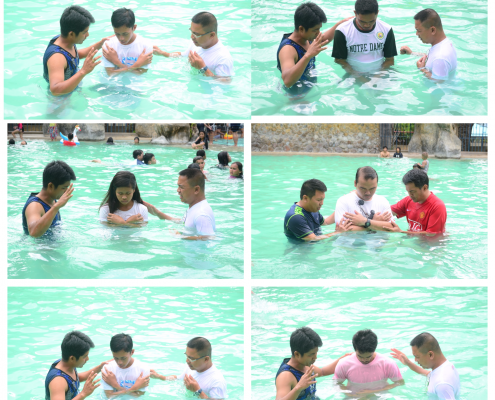 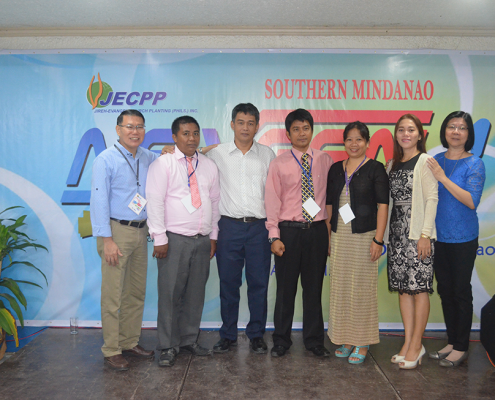 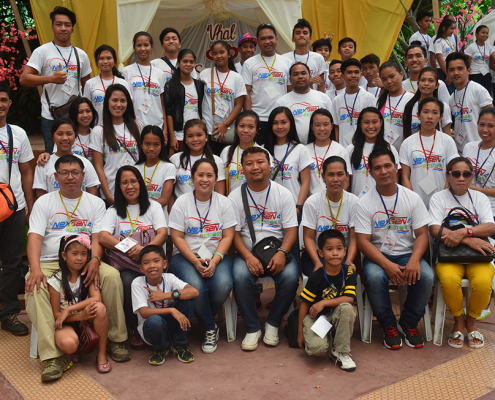 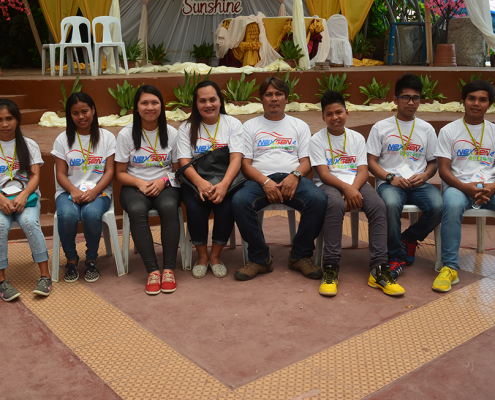 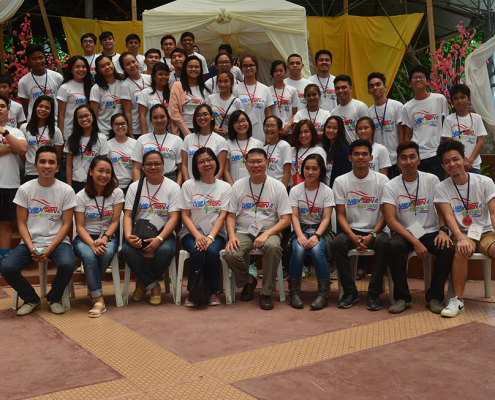 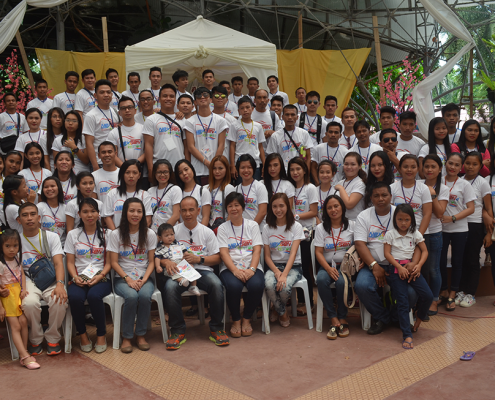 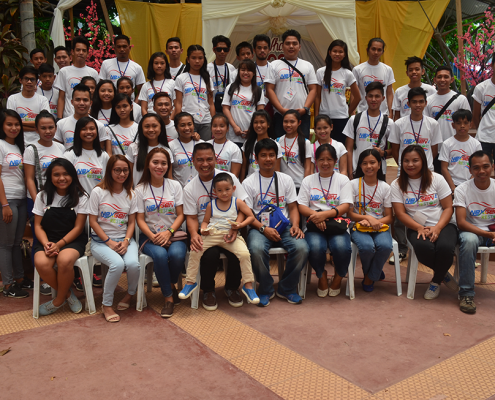 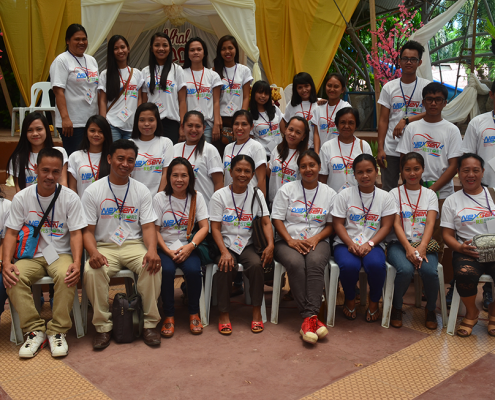 His Presence, breakthroughs and assignments to the Youth