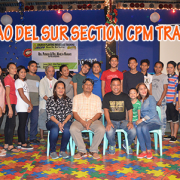 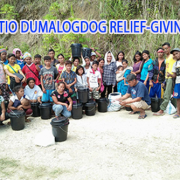 Upon receiving their relief buckets, the lumads exclaimed “dakel ne salamat kaniyu lang ennog tabang kanami”(Thank you very much for helping us) in their native language. They were more than thankful that there were people used by God to touch their grieving hearts and reach out to them amidst difficult situations. 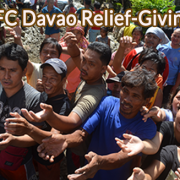 On the night of December 22, 2017, thousands of families were displaced after the onslaught of cyclone “Vinta” (Tembin) which resulted to terrible flooding in Davao City, particularly in Juliville Subdivision, Jade Valley, Tigatto Relocation Area and a tribal community at Sitio Dumalogdog, a part of Marilog District, where some of EFC-Davao members reside. These families have evacuated to the barangay’s schools and gymnasiums for temporary shelter, and 16 families of Sitio Dumalogdog lost their houses to flood waters. 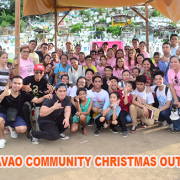 Honor, love, and passion are necessary for a Christian to see the needs of his or her community and respond to them. This Christmas 2017, Women in Love, the Men of Honor, and the Youth’s Hearts on Fire Ministries rolled their sleeves and joined hands for an outreach project aimed to bless one of the most depressed communities in Davao City. 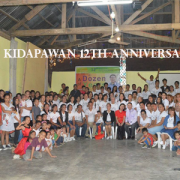 November 5, 2017 is a day to remember for everyone who celebrated the foundation anniversary of Evangel Family Church-Kidapawan held at Landmark, Kidapawan City. The church is now 12 years old. 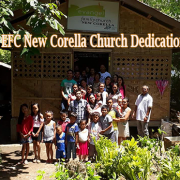 Last September 20, EFC-New Corella dedicated the building to God. During the church dedication service, Sectional leader, Pastor Gregorio Simpas, preached aptly on the message “Passion for God’s House”, noting the dedication  of Jesus on the purpose and purity of His church. 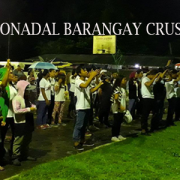 Despite the rain, the team was determined that the crusade must go on, and so were the people in the community who came to attend. After the message, people came forward during the altar call and 21 souls received Jesus as their Lord and Savior. 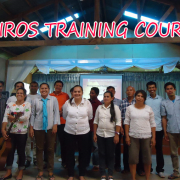 The two-part nine-day course was a milestone not only for the 19 participants but also for the seven TMFI facilitators who conducted the entire training in the Cebuano language for the first time. Despite the participants’ limited access to reading materials, they were able to fully grasp the Cebuano-translated Kairos course which deepened their understanding on global missions. 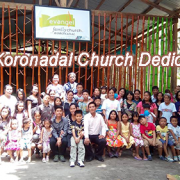 It’s been 5 years since Pastor Willy and Pastora Rosemin Pontillas set their hearts and ears to God’s prompting for the Hiligaynon-speaking people in the south of Mindanao. In 2012, the couple met with their JECPP Regional Directors Rev. Peter and Christine Wee to discuss the possibility of planting another Evangel Family Church in the heart of South Cotabato. That meeting ushered the first Sunday fellowship of the pioneering EFC-Koronadal at AGREDA Village, Bo. 1 Koronadal, South Cotabato. 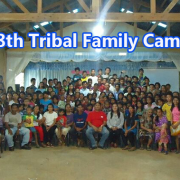 With great desire to strengthen the family unit, the 8th Tribal Family Camp was held last May 22-25, 2017 at Evangel Family Church-Marahan with more than 250 campers from the different outstation churches. The participants came with eagerness to bring family members to God’s Kingdom.